I’m back with the final recap from my weekend at Cedar Point!

If you missed the first post, click here to read about our adventures at the indoor waterpark on Saturday morning. It was a blast! We hung out there for about two hours before coming back to our room and getting ready to head to the theme park. By the time we got there, it was warm and sunny and we were ready to ride some coasters. 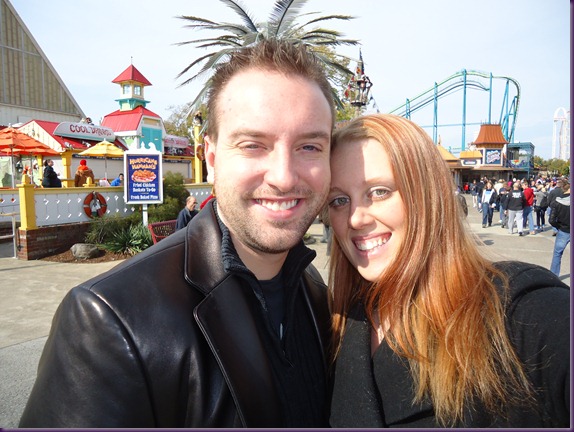 We headed for Mantis first, which is a rollercoaster that you ride standing up. It’s a favorite of mine, but Eric had never been on it before. It was time to fix that. 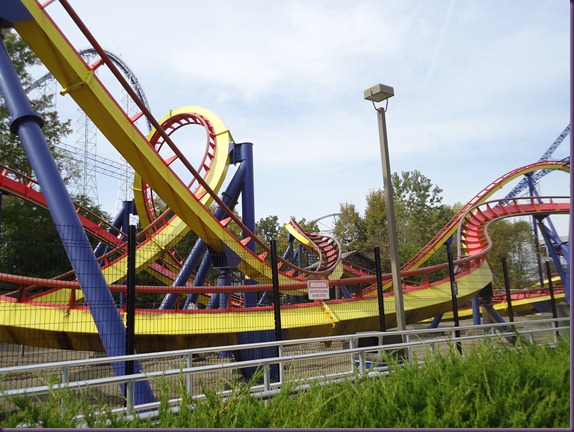 There was a bit of a line, but 45 minutes is nothing to complain about at Cedar Point. 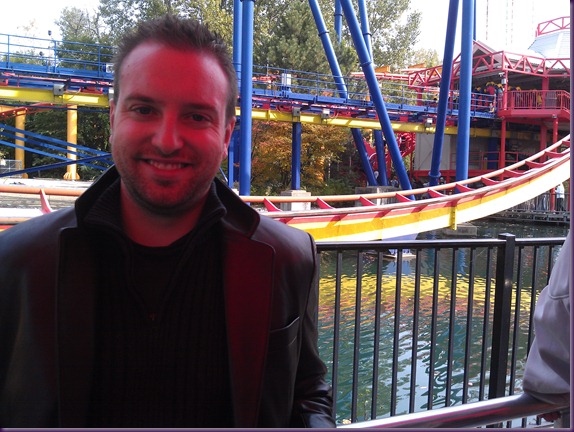 By the time we were done riding Mantis we were both hungry for lunch so we made our traditional stop at Johnny Rockets for burgers (or chicken sandwiches in my case) and milk shakes. 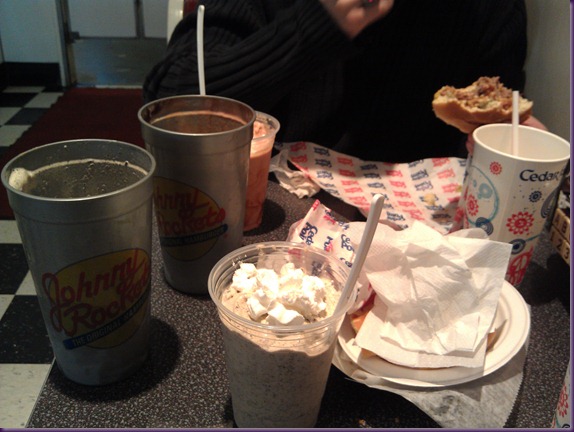 By the time we left Johnny Rockets, the weather had taken a turn towards the cloudy side but we didn’t think too much of it. We headed to Mavrick, one of Cedar Point’s most popular roller coasters, and were greeted with an insane line. Like, we’re talking about a three hour wait. I’ve never been in a roller coaster line so long before! 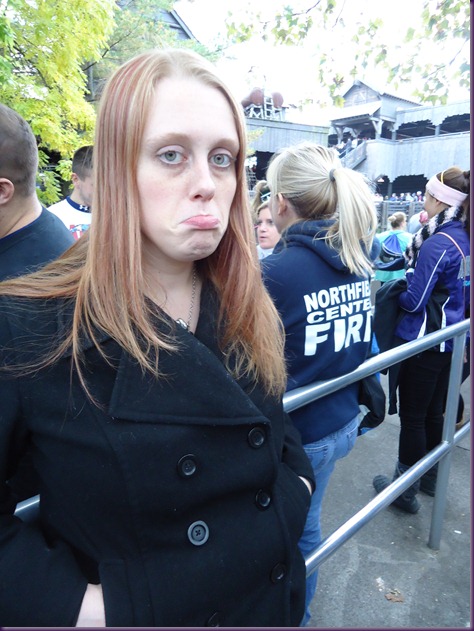 We waited in line for an hour and a half and hadn’t even made it halfway up. As much as I love chatting with Eric and playing twenty questions over and over and over again, I told him that I was losing my mind and there was no way I could stand in lines like this the rest of the day. We made the tough decision to leave the line and go check out some haunted houses instead, since we go to Cedar Point every year and have been on all of the roller coasters numerous times. Well, it turned out to be a good decision because by the time we were done with the first haunted house about 45 minutes later, it was raining and all the coasters were shut down. We realized that we would still have been waiting in line, and that would have really stunk.

We headed to the saloon next to grab a beer and take shelter from the rain and we made it just in time for a singing/dancing performance. It was cool! I wish I would have gotten a picture, but there were so many people in the bar and I was too busy enjoying the show. After we left the saloon, we hit up the rest of the haunted houses that we hadn’t already seen. 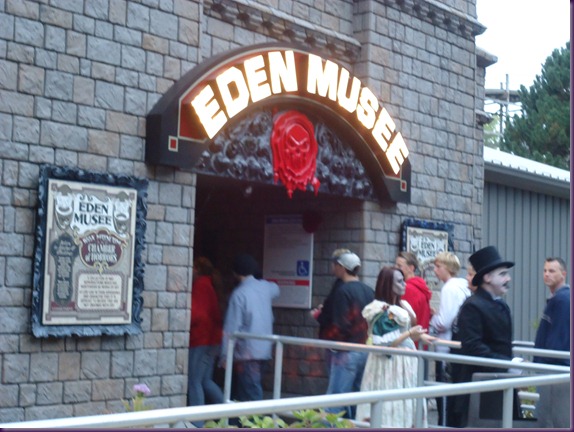 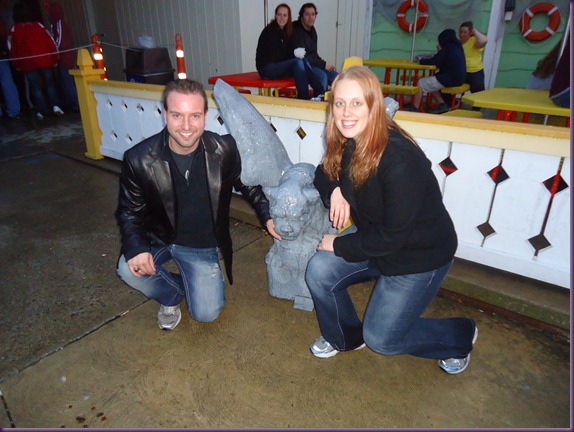 It was fun! I love going to haunted houses with Eric, but not when he hints to the employees that I scare easily. That part is not so cool. Apparently he thinks it’s funny to watch me freak out..whatever. 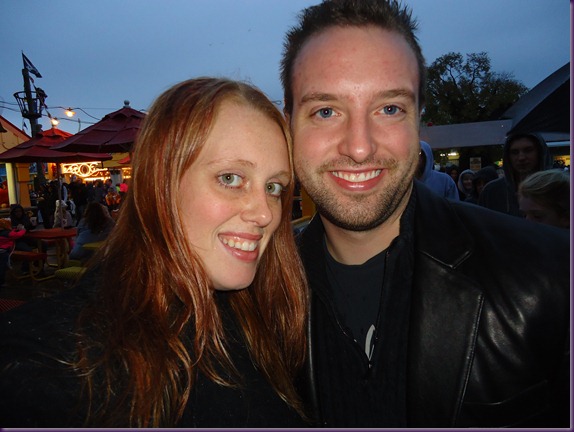 Between the bad weather and horrible lines, we actually ended up leaving the park early on Saturday night. We agreed that we weren’t going to have very much fun waiting outside in the cold all night, so we decided to just head to the bar, grab a drink, and chill for the rest of the night. It was perfect. Still felt like a vacation to me!

All in all, despite the weather on Saturday afternoon and the bad lines, we still had a great time. Eric is awesome at maintaining a positive attitude and he always looks at the bright side of things. If he hadn’t been there I’m pretty sure I would have gone crazy standing in that long roller coaster line. I’m glad we could go on this little mini vacation, it was just what I needed!