Last night I decided to make a big batch of lazy day lasagna to enjoy this week. 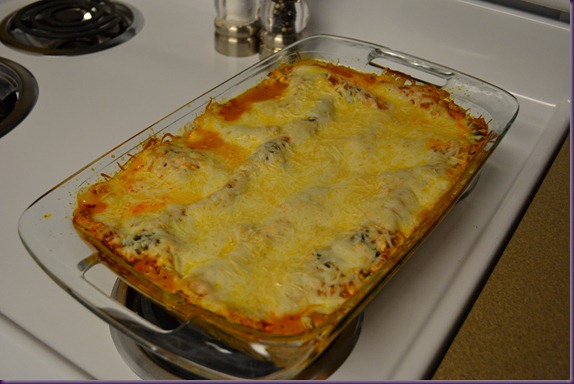 I added a ton of spinach to the sauce mixture so each slice packs a full serving of greens, too! 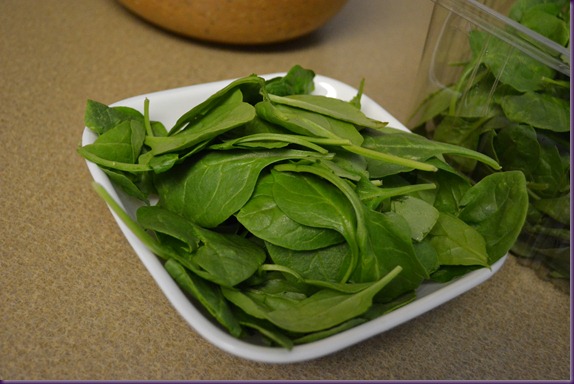 I probably used about five or six cups of spinach in the recipe. I wilted it in the microwave beforehand so it didn’t seem like that much – plus you really can’t even taste it when it’s mixed in the lasagna. 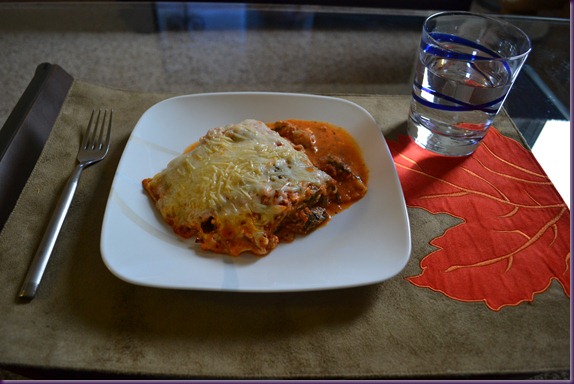 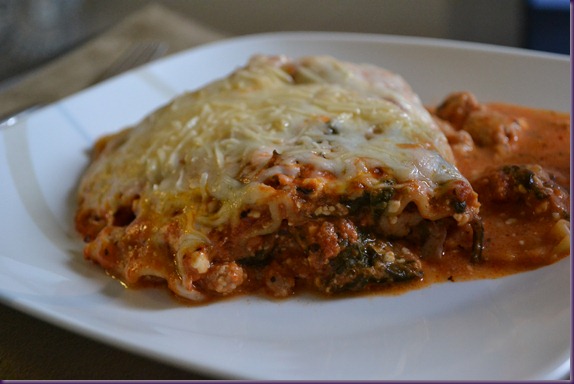 It was quite filling – I actually could not finish this plate. I’m planning on eating half of the pan for dinners throughout the week and I’m going to pack up the other half and take it to my grandparents’ house for them to enjoy. I don’t visit them often enough and they are always grateful for a home cooked meal

I spent the rest of the evening cuddling with this little guy.. 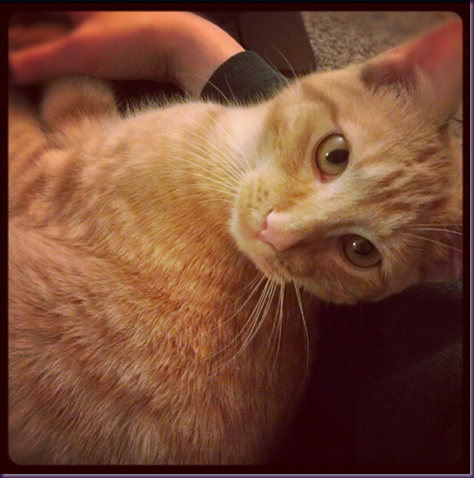 Speaking of Mikey, I think I owe you guys a little update. I decided to hold off on getting another kitty right now. Mikey is enough work as it is, and if there’s any chance that a second one would mean that two little monsters are chewing on everything in my apartment and running around all day and night, then it’s not a good move for me. Besides that, the process of introducing a second cat to him would be difficult because I have large gaps under the bedroom and bathroom doors in my apartment. Since Mikey can fit under them, I wouldn’t really have any way to keep them separated while they got used to each other, or (heaven forbid) if a cat fight broke out. Lately, Mikey seems to be mellowing out a little. I’ve been letting him in the bedroom for the first part of the night, mostly because I’ve been lonely. He’s usually good for a few hours, but around 1:00 or 2:00 am he gets the boot. Hopefully someday he’ll behave well enough to stay in the whole night

This morning, I hit up the gym for another C25K workout. I’ve missed a few runs, so right now I’m trying to catch up. Today’s thirty-minute workout looked like this:

Unless otherwise specified above, I do my jogging segments at a speed of 5.3 and my walking segments at a speed of 4.0. Of course I wish I was faster, but right now just running at a 5.3 is a challenge, especially for five minutes! Eric is going to run the Turkey Trot on Thanksgiving with me this year and I don’t want to have to stop constantly to walk – it only makes the run longer! Haha.

I remember when I used to go the gym consistently five or six times a week. Now, I’m lucky if I get in three days! Exercising is one of those things that becomes more addicting the more that you do it – it’s just tough to get into that daily routine.

Post workout, I came home to shower, eat, and blog. 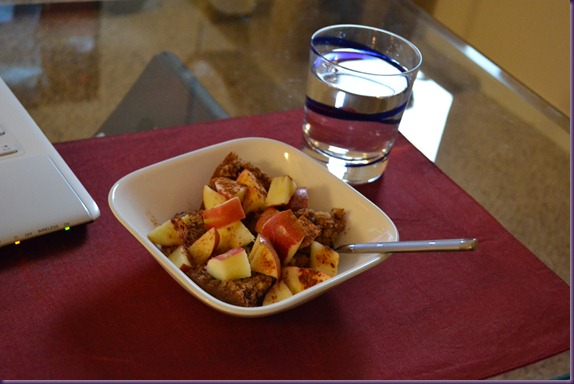 Breakfast was a bowl of baked oatmeal heated up with a little milk and a chopped cinnamon apple on top. 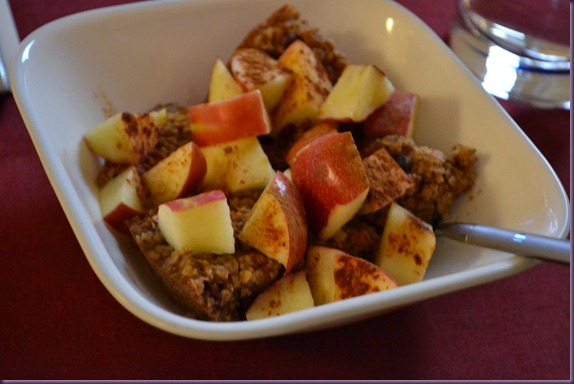 Yum! Perfect for this chilly morning.

I’m off to work, but I’m sending love and prayers to everyone over on the east coast. I hope none of you were affected terribly by Sandy, and I’m glad that the worst of it seems to be over. <3