So Over the Kitten Phase

Now that fall is officially here and the weather has cooled down, warm breakfasts are starting to sound much more appealing. This means the return of oatmeal! I only eat it a few days a week because it’s so time consuming to prepare (I’m not a fan of microwaved oats), but when I do actually take the time to cook it, it is so worth it. 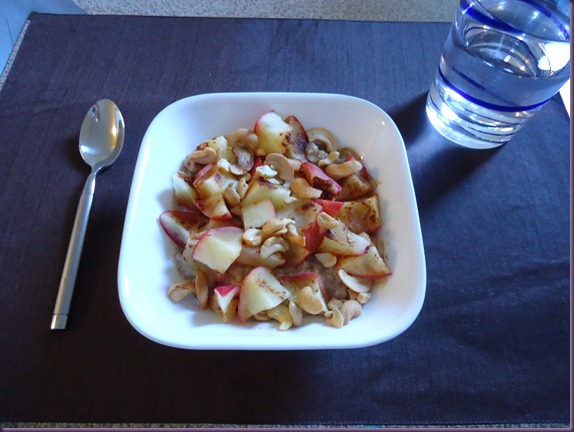 This morning, I made a bowl of my favorite apple cinnamon oats, which I prepare by boiling 1 cup of skim milk, 1/4 cup water, and 1/2 cup oats on the stovetop until cooked through. Then I pour it in a bowl, stir in a teaspoon of maple syrup and a generous sprinkling of cinnamon (nutmeg is good too, but I didn’t' have any), and then top it with a baked apple. I also sprinkled some cashews on top of this morning’s batch. 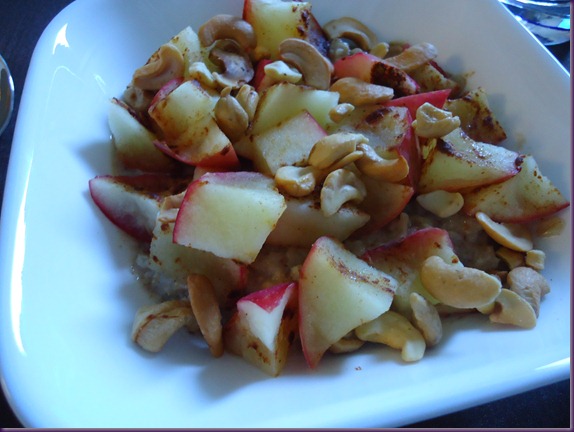 The cashews were left over from the wild rice salad I made earlier this week, and they added a nice crunch and extra flavor to the oatmeal. I loved it!

I wasn’t the only one who was digging this breakfast… 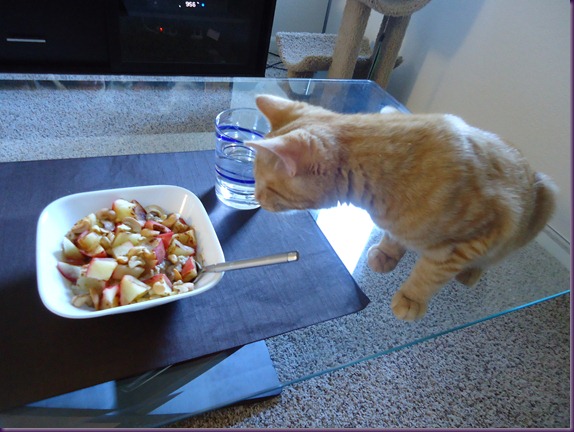 Do you guys remember Mikey? My little guy is six months old now, and as cute as he is, I am so ready for this kitten phase to be over. He gets into everything, doesn’t know the meaning of “no,” and thinks that bedtime is synonymous with play time. In fact, I have already yelled at him three times for jumping on the table since I’ve started writing this blog post, and I know he’s going to do it again. Just look at him! 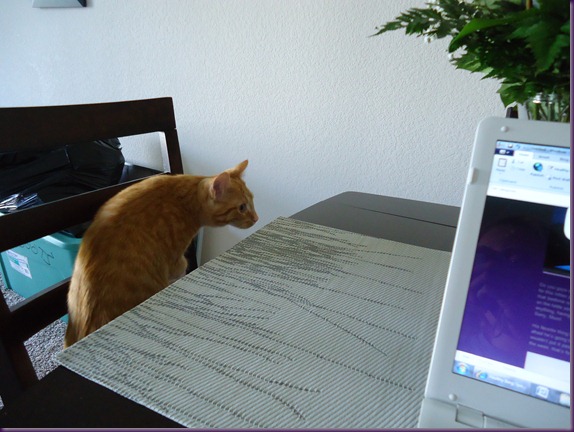 I seriously feel like I have a child sometimes. If anything, having him around has made me realize that I definitely do not want kids for a very long time. Sorry, Mom!

One of his favorite things to do is hang out in the kitchen while I’m cooking, which is a problem because I’m afraid he’s going to do something stupid like jump on top of the stove or try to crawl in the oven! I wouldn’t put it past him. We had lots of bonding time the other day while I was prepping some food for the week, that’s for sure. Between the wild rice salad, prepping veggies for my egg scrambles 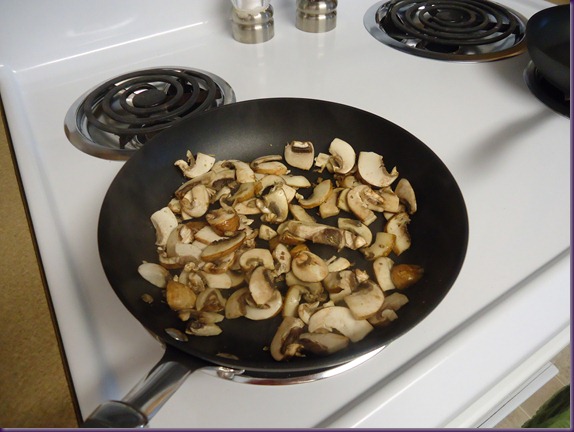 and making dinner for the week, you can safely say that the kitchen has been the place to be this week! It’s definitely worth it to have food cooked and ready to eat though, because cooking is definitely something I don’t have time to do every day. I already talked about the wild rice salad I made for lunches for the week, but for dinners I made some super easy lightly breaded chicken breasts. 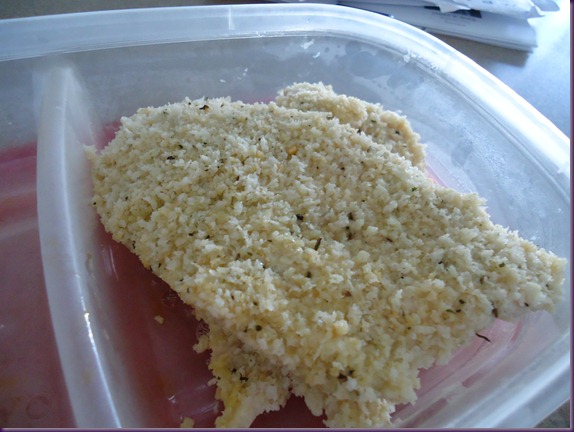 Sorry for the ugly Tupperware pic, but I forgot to take one when they were fresh out of the oven!

To make the chicken, I lightly dusted four thinly sliced boneless, skinless chicken breasts with a bit of flour, dipped them in an egg/milk mixture, and then dipped them in these Italian seasoned Panko bread crumbs. 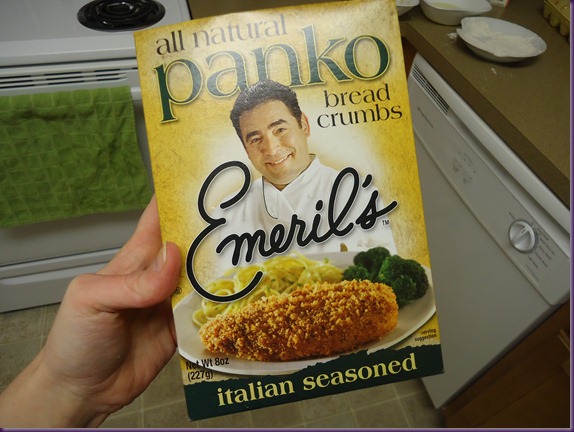 I baked them for 30 minutes at 350 degrees and they turned out pretty well. My only complaint is that they were not crispy – does anyone know how to fix that??

I also made a big batch of sweet potato chips to eat with the chicken. 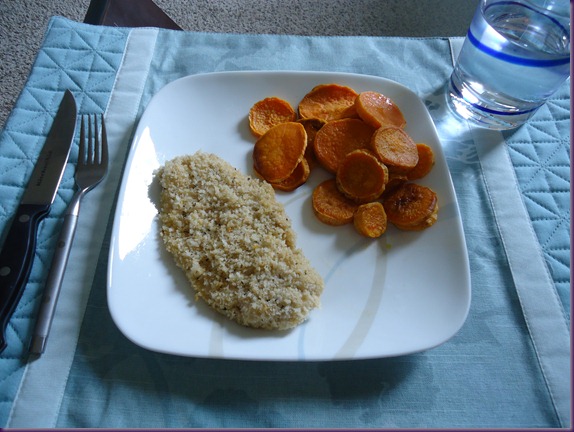 Now those were good. 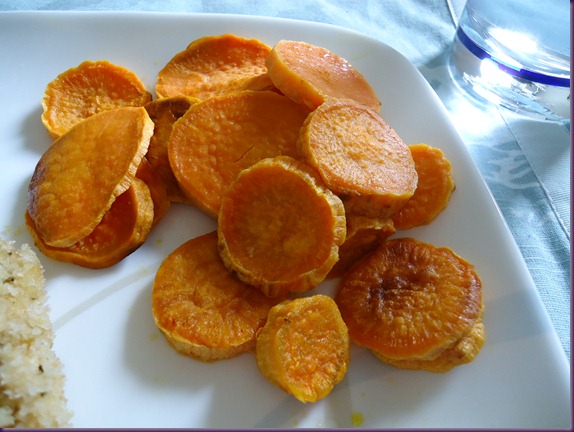 Unfortunately the sweet potato chips are all gone and all I have left is chicken..boo. Note to self: buy more sweet potatoes next time!

Since I work the weekend coming up, I have the day off today which is awesome. I haven’t done much today so far, but I’m planning on jumping in the shower and making a stop over at Best Buy in a little bit to check out their DSLR cameras and see if they have any good deals. I’ve been wanting one for a long time, and recently one of the main buttons on my little Sony Cybershot got damaged and I’m thinking it may be the perfect excuse to finally go shopping

. Have a good day, everyone!