Ah, I missed you guys. I’m not really sure how that unintended two week break from blogging happened, but it wasn’t planned! I think I just got really busy (Wednesday was my 7th day in a row working, and last weekend was the weekend from H-E-L-L at the pharmacy), plus I wasn’t feeling very creative and didn’t have much to post about. I did, however, have a fantastic Thanksgiving and I hope all of you did too!

The day started at Thirlby Field for the annual Thanksgiving Day Turkey Trot! This was my third year in a row doing this race, and I was pumped that Eric was joining my sister and I this year. 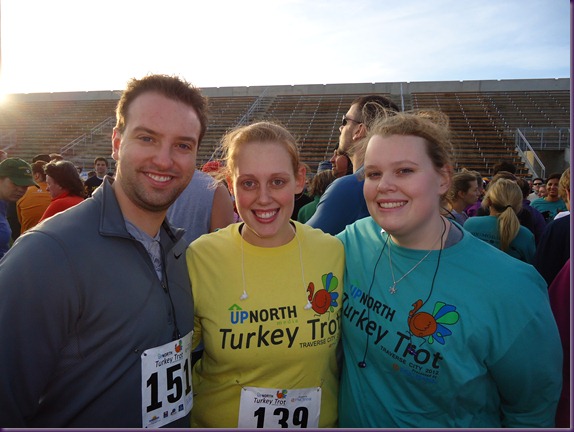 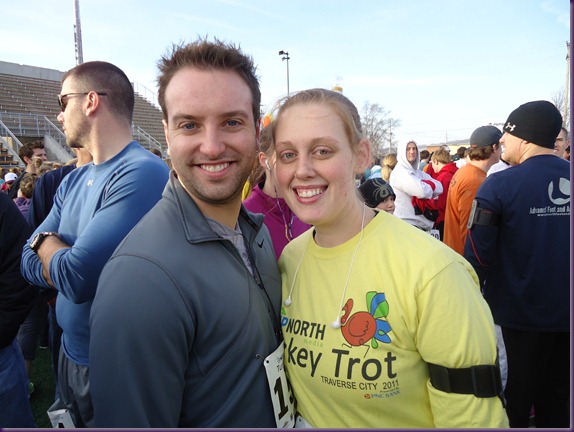 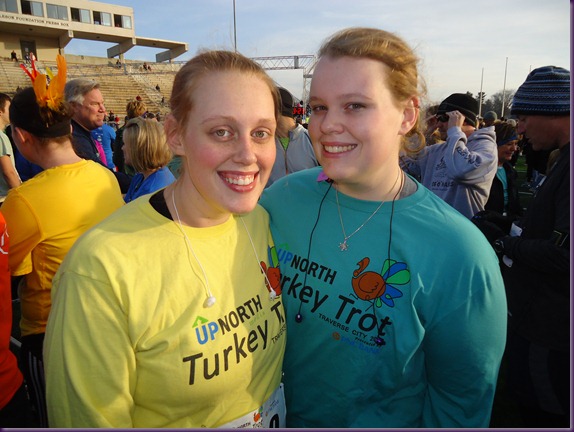 The weather was fantastic! It was sunny and fifty degrees. I wore a sweat wicking tank top, a long sleeved wicking shirt, and last year’s long sleeved Turkey Trot t-shirt and I was super hot by the end of the race. It was a nice change though; the past two years have been rainy, cloudy and cold and I was grateful for the sunshine. 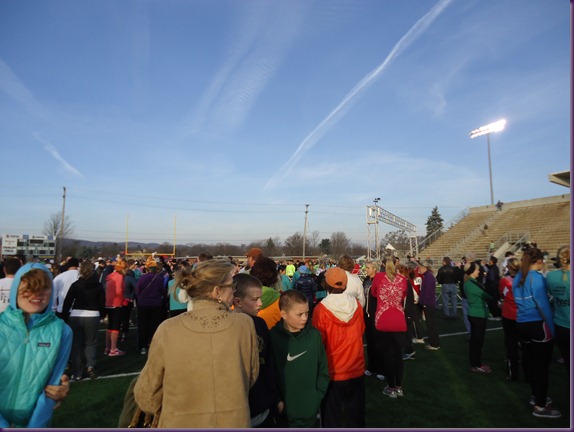 I had picked up our race packets the night before, so we arrived just in time to line up at the start. There were so many people that it took a minute or two to actually cross the starting line, but we eventually started running. 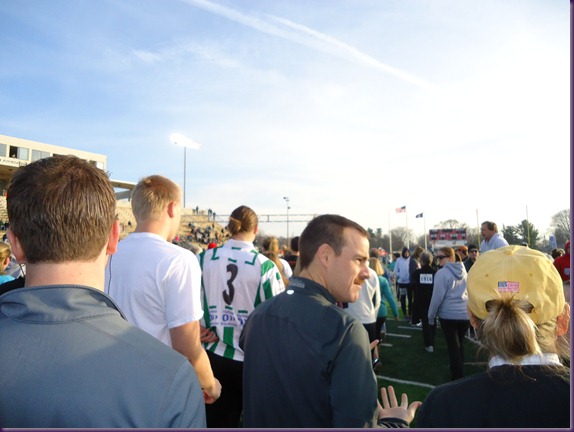 I lost Eric in about 3 seconds, but I stuck with Courtney for about half of a mile before she decided to take a walking break and I carried on. 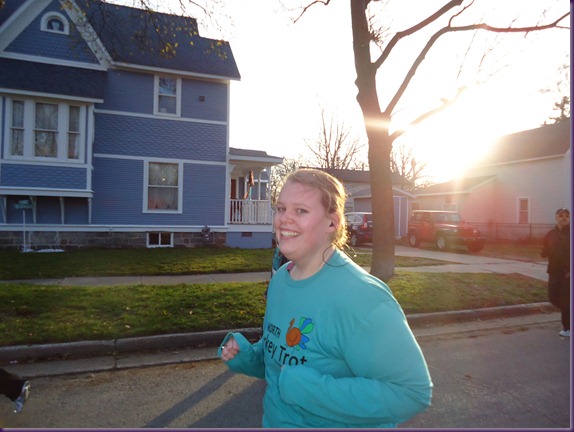 I love the course of this race. It’s mostly flat and winds around through downtown and then back to Thirlby Field. Lots of pretty views. 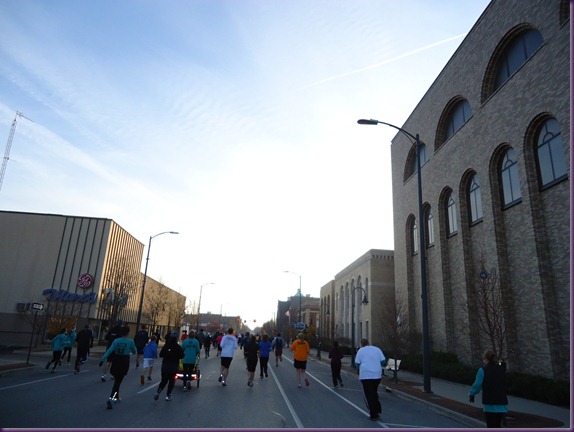 My favorite part was when we ended up on part of the TART Trail and ran along the Boardman Lake. 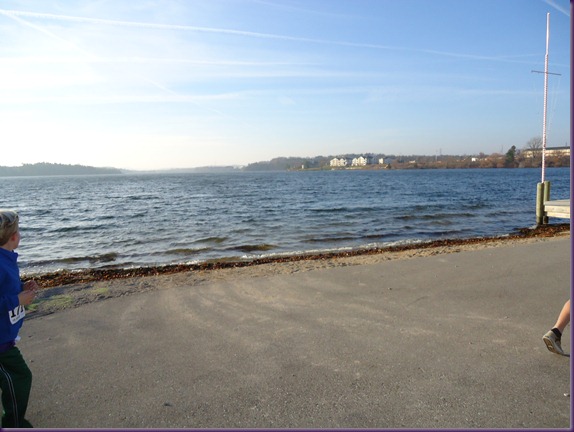 I ended up finishing in a little over 38 minutes, which I wasn’t super excited about but it was a minute faster than last year so I’ll take it. I could tell that I pushed it because my legs were cramping up by the end, and today they are really sore!

After the race I ran into blog reader Marina, who killed the race and finished in 27:10. 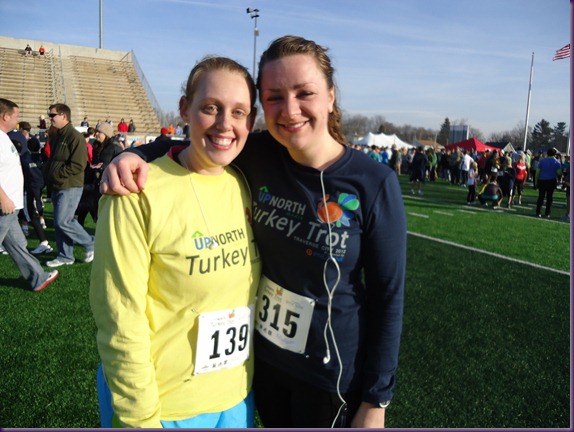 I can only dream that I’ll be able to run that fast some day!

After the race we came home and got cleaned up before I got to work in the kitchen preparing my two dishes I was planning on bringing to my mom’s house. I made these brussels sprouts and this sweet potato casserole and they both turned out amazing. I actually despise brussels sprouts, but these were the first ones I’ve ever tried that didn’t make me want to gag. Success!

When we arrived at my parents’ house, my mom already had the table and breakfast bar nicely set, plus a lovely selection of wine that I quickly helped myself to. 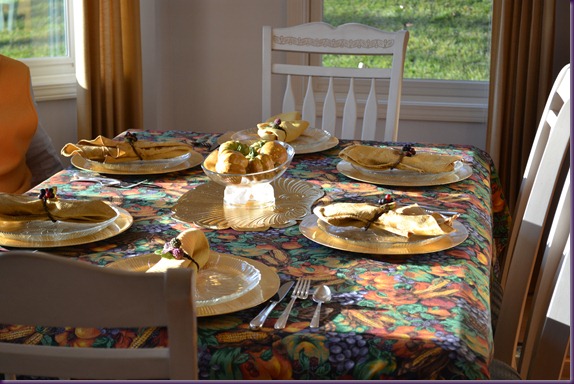 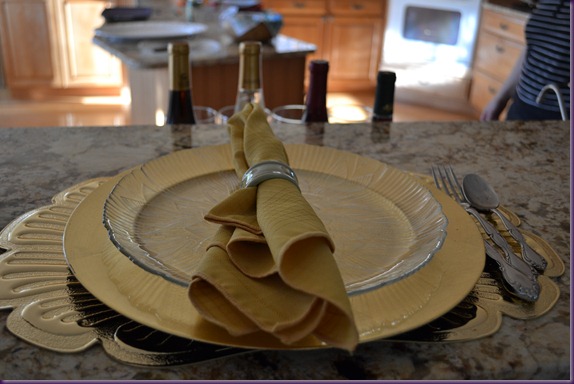 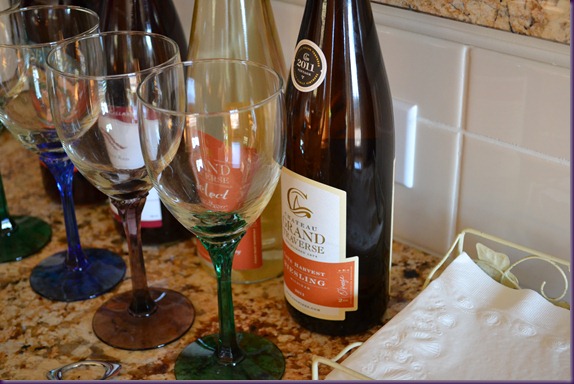 Before we knew it, the rest of family arrived (grandparents, aunt, uncle, and my uncle’s sister), and it was time to dig in to the feast! 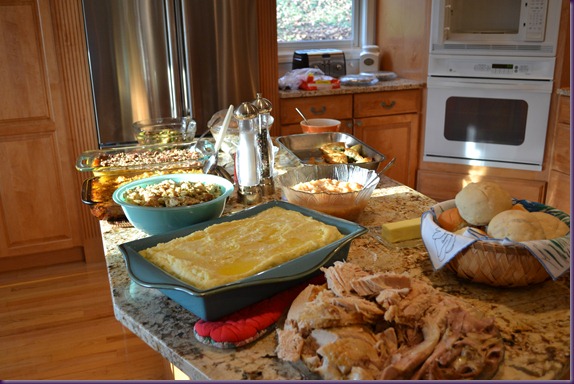 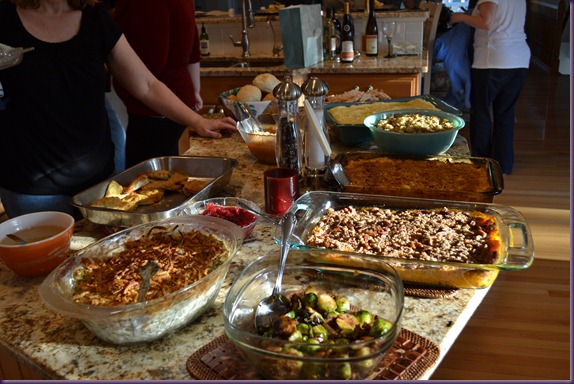 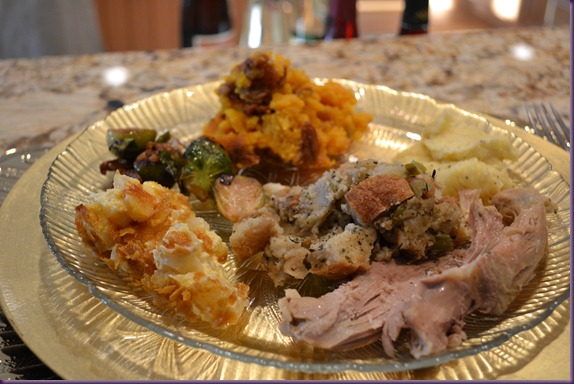 Everything was so good, even the mashed potatoes; and I don’t even like mashed potatoes! My mom did something along the lines of mixing them with cream cheese, sour cream, and loads of butter and suddenly they tasted good 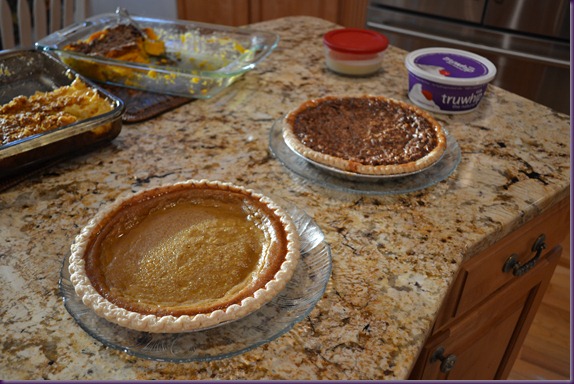 I’m not a fan of pumpkin pie, but I did some damage to my mom’s homemade pecan pie (topped with homemade maple whiskey sauce). Oh my word, it was good. 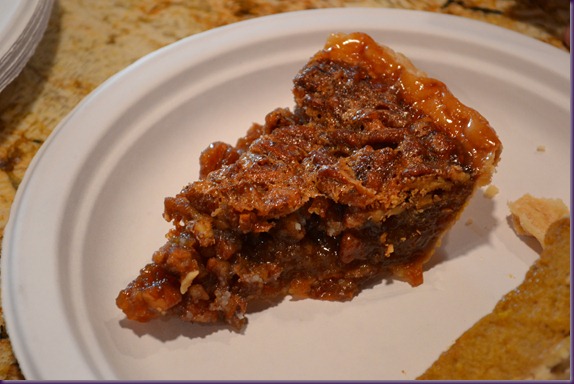 It was such a fun day, and my first Thanksgiving that I got to spend with this guy. 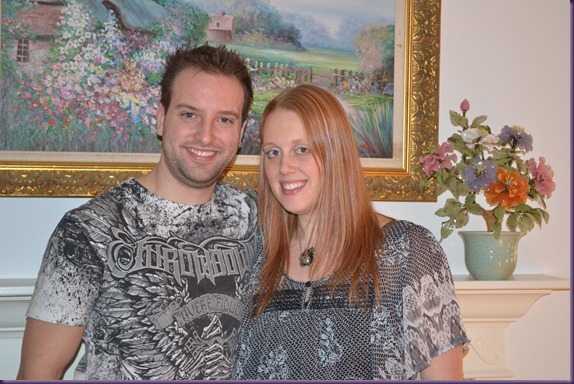 I can only hope the same thing happens next year <3.

When we were done eating, Eric and I collapsed onto the couch in food comas until 11:30 when we dragged ourselves out of the apartment to hit the midnight door buster sales at the mall. 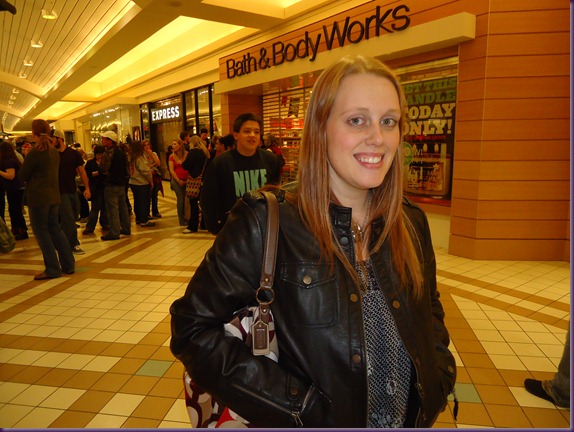 I got a couple of things at Maurice’s, but otherwise left the mall empty handed. Just wasn’t feeling the shopping thing this year.

Have a fantastic weekend everyone!