My Workouts As of Late

I promised you guys an update on my workout regimen lately, and I’m here to deliver! I haven’t really been following a specific schedule, but I have been trying to incorporate a couple days of running, a couple days of strength training, and a day on my new favorite exercise bike every week. I’ve also been alternating between using my regular gym and the one at my apartment complex. I mentioned a couple weeks ago that the leasing office got a bunch of new treadmills and gym equipment, and it really is quite nice. I’m easily able to get in a great workout, including strength training, by just walking down the road to the community building. 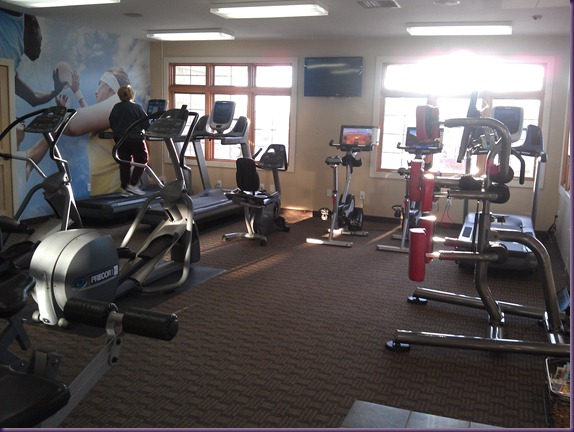 There is a decent selection of dumbbells, as well as one of those multi-functional Bowflex-like machines. 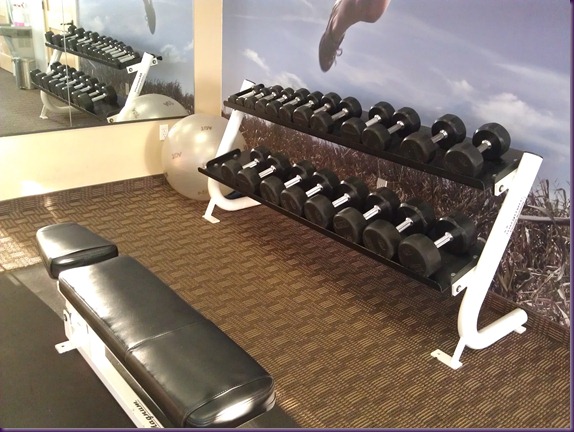 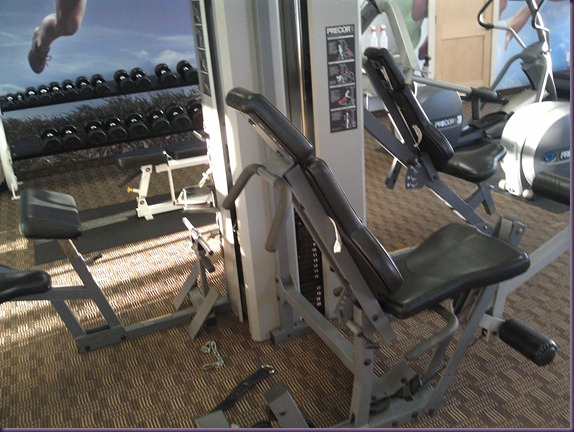 The other day I got in a hilly 8 mile ride on the bike (I always work up such a sweat with those hills, it’s hard work!) and followed it up with an upper body workout at my apartment gym. It was nice because there were only a couple other people there, so I practically had the whole place to myself. 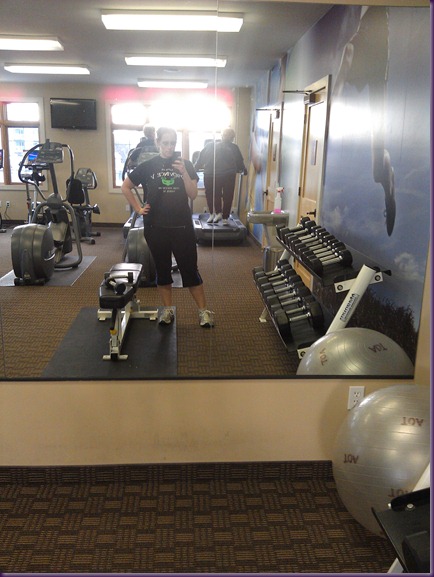 (apologies for the glare..it was early and the sun was still rising)

I tried to target every muscle group, so here’s the workout that I did:

I also did this workout earlier this week after a run on the treadmill, and I was super sore the next day both times.

Speaking of the treadmill, I’ve gotten in two really great runs this week. I’ve been trying a little something different and doing my runs in run/walk intervals. I’ve been doing this for a couple of reasons: for one, I’ve been trying to increase my pace so I’ve been doing my running portions at a faster pace; and secondly, interval training is a great way to burn fat and increase after burn (calories burned after you’re done exercising). I normally do my runs at about a 5.3 on the treadmill, but this week I’ve been walking 0.25 miles at 3.7 and then running 0.25 miles at a 6.0. On Tuesday I did this for 3 miles, and this morning I did 4. It took me about 53 minutes to finish the run this morning and I was dripping sweat by the end. I know I’m slow, but running at a 6.0 for two and a half minutes is pretty challenging for me and my legs felt like Jello by the end!

I haven’t taken two many food pictures this week, but I did get a few of this stir-fry that I made on Monday night. 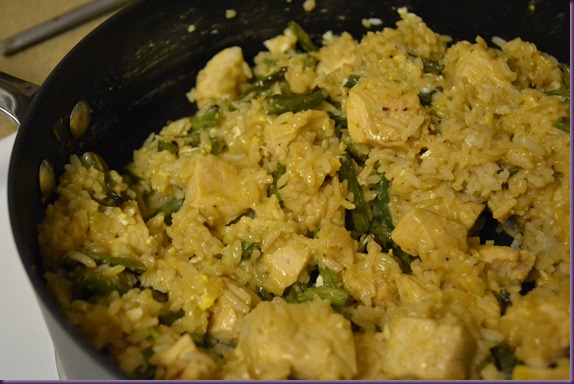 I marinated a couple chicken breasts in a garlic marinade for a few hours, then sliced them and cooked them in a large skillet with about one-third of a chopped onion. While they were cooking, I roasted some chopped green beans in the oven (20 minutes at 400 degrees) and heated some instant brown rice in the microwave. When everything was done, I added the rice and green beans to the skillet, cracked two eggs into the mixture, added some soy sauce, and stirred until the eggs were done. It took me about 30 or 35 minutes to throw it all together, but it turned out well and made a ton of stir-fry for the week. 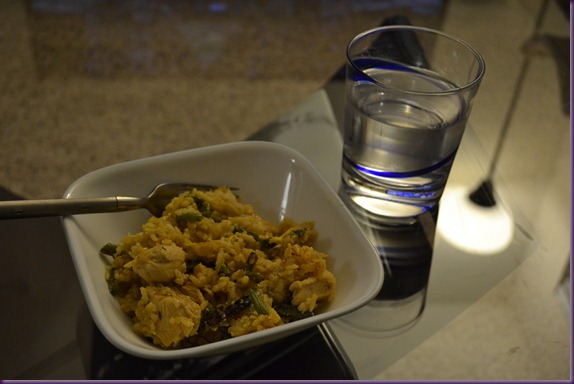 I would have liked it better with more veggies (i.e., bell pepper and broccoli), but it was still tasty. 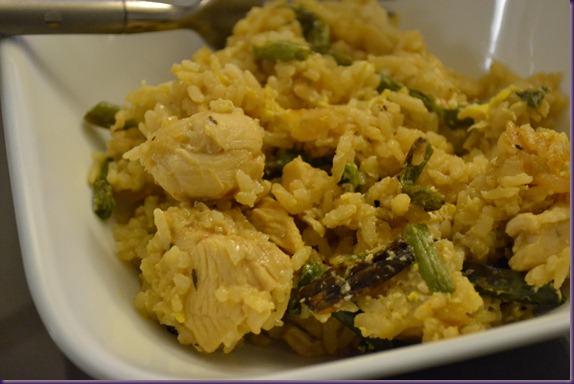 No major plans for this weekend, as unfortunately it’s my weekend to work. I work the next five days in a row and then I actually get a long weekend next week because I’m using up some vacation I have left. I’ll have Wednesday through Sunday off and I am stoked! The only thing I’m not excited about it is that Eric will be going to Iron Mountain next weekend to visit his family so he won’t be around, but I am going to head down to Lansing on Wednesday night so we can hang out for a night before he leaves.

Well, I’m going to go hang out with this little rascal for a bit before heading into work for the night. 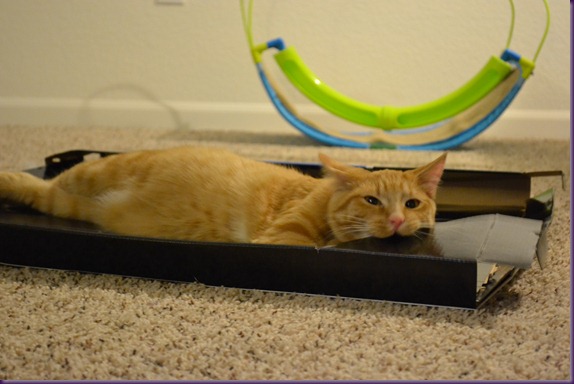 (Why waste money on toys when I can just give him cardboard?)

Have a great weekend!