Dang, how is it already Wednesday?! I usually don’t feel this way, but it seems like this week is just flying by. Not complaining though; I have some fun plans this weekend that I am looking forward to!

I actually happen to have today off, and I’m currently debating what I want to do for my workout. I have a run scheduled, but I’m contemplating whether or not to go to Yen Yoga for a yoga or spin class. I took a group cycling class there last Friday on a whim, and it was so awesome that I haven’t been able to stop thinking about it! 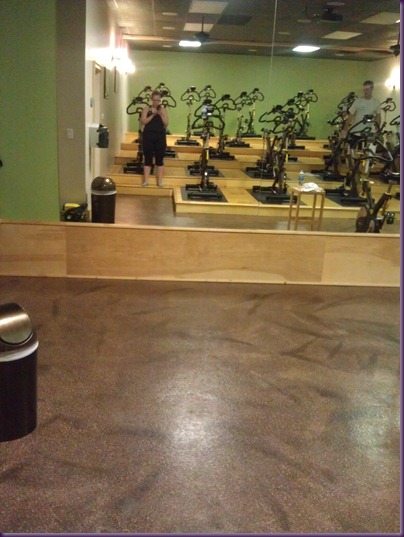 I wasn’t planning on taking a class, but it seemed like yoga advertisements were popping up all over the place and I realized it had been forever since I had gone. When I pulled up the class schedule, I unexpectedly noticed that there was a 12:00 cycling class that fit into my schedule perfectly since I didn’t have to be at work until 4:00. Even though it wasn’t yoga like I had originally planned, I had caught a glimpse of the cycling room the last time I was at Yen Yoga (over a year ago!) and was always intrigued so I decided to go for it. 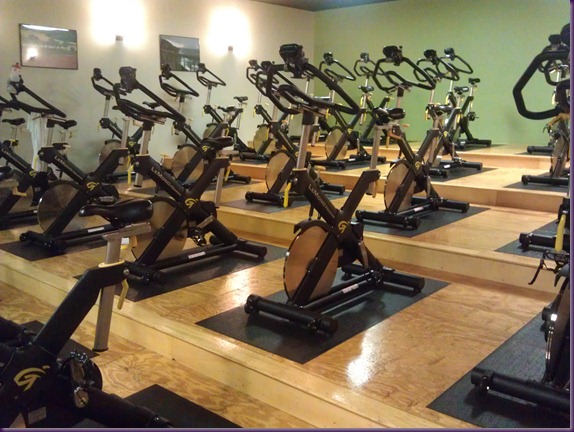 Wow. The class was insane! It was so much more intense than any other spin class I’ve been to, and I absolutely loved it. Check out these sweet spin bikes: 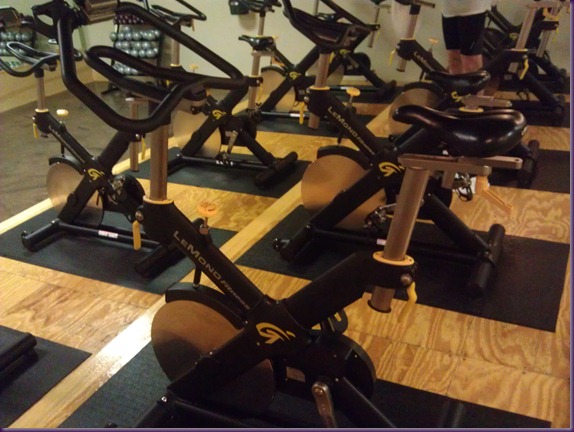 Each bike has a monitor that displays your time, distance, and RPMs. (RMP stands for revolutions per minute. In other words, it’s how many time the wheel rotates in a minute as you’re pedaling). 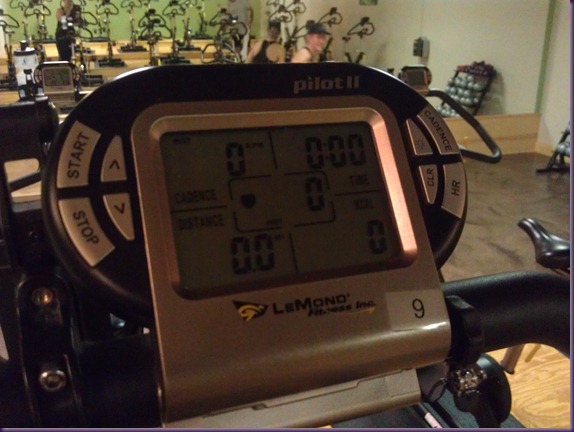 The instructor focused on RPMs a lot during the class, which was very different for me because I’ve never ridden a spin bike with a monitor like that. I liked it though because it helped me gauge how well I was keeping up. She mostly told us to keep our RPMs around 90, but it was a struggle for me keep it at 80 or 85! The RPM goal would range from around 75 – 110, depending on whether or not we were doing hills, riding on flat ground, or doing sprints. It was an incredibly challenging 60 minute workout that I will definitely be back for again. Unfortunately, all that nice equipment comes at a price – $17 a class! That’s pretty expensive for one class, so I’ll probably limit it to two or three classes a month. I still have the itch to hit up a yoga class though, so I’ll have to split those classes up between cycling and downward dog

After I got home from the cycling class on Friday, I made myself a delicious post-workout lunch. 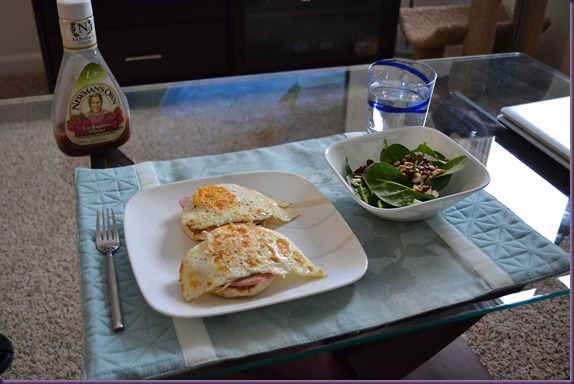 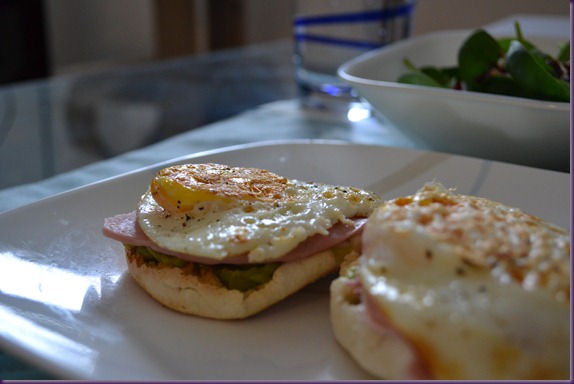 I used to eat this a combo a lot with sliced avocado instead of the guacamole, but ever since I came across the Wholly Guacamole snack packs I’ve been utilizing those. They are so handy and the fact that they are individually wrapped means they don’t go bad in three days like avocados do. I hate wasting food and feel like I always throw away half an avocado every time I dig into one because it turns brown before I can finish it. 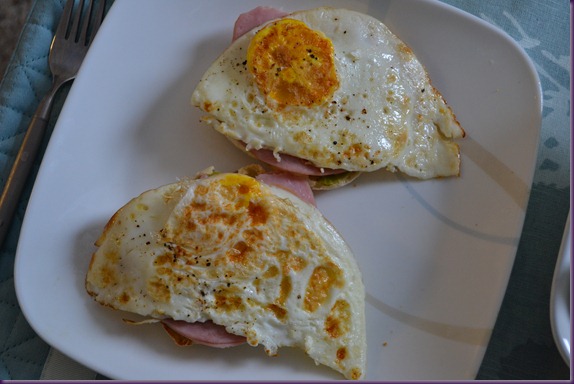 Side spinach salad for some greens: 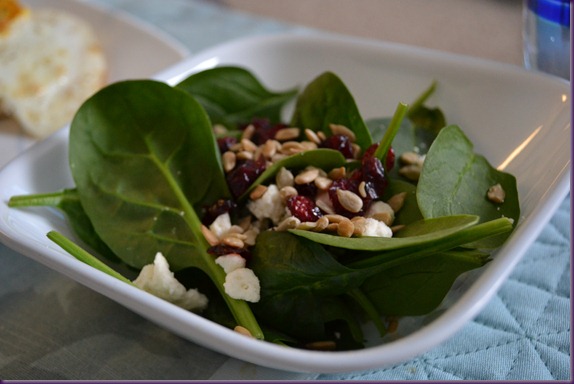 Nothing you haven’t seen before

Plans for today are up in the air. My schedule is pretty much wide open, and it feels good.

Have a good one!