Good morning! I had such a fantastic weekend and I hope you all did as well!

With all this crazy snow that we’ve been getting lately, Eric and I decided that Saturday would be the perfect day to get out there and do one of our favorite winter activities: skiing! He actually went last weekend with some of our other friends, but I had to work so I had to sit that one out. Last year I didn’t go skiing once because I was so busy with rotations and other engagements, and I hadn’t gone yet this year either so I was more than ready to hit the slopes. The weather prevented Eric from driving up on Friday night (we had horrible snow storms and the roads were aweful), but by Saturday morning the roads were much better so he got on the road nice and early. He arrived at my apartment at around 9:30 am and shortly after that we loaded up my car and drove about thirty miles to one of my favorite ski resorts, Crystal Mountain. 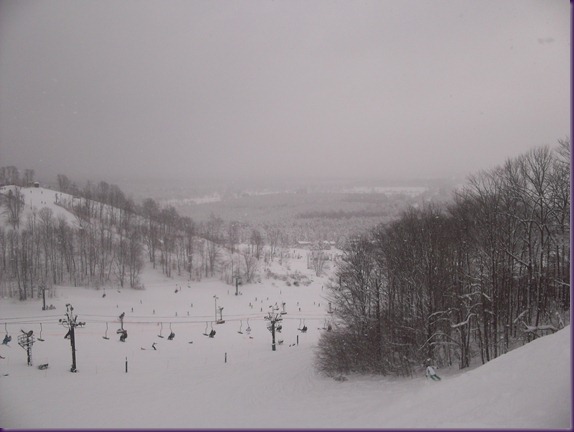 We were only there for five hours, but we did a lot of skiing during those five hours We pretty much just went up and down those hills all day with about an hour break for lunch. We rode up every chair lift and tired to hit most of the slopes at least once, but we definitely had our favorites that we went down multiple times. Obviously, we had to get some pictures at the top of the mountain. 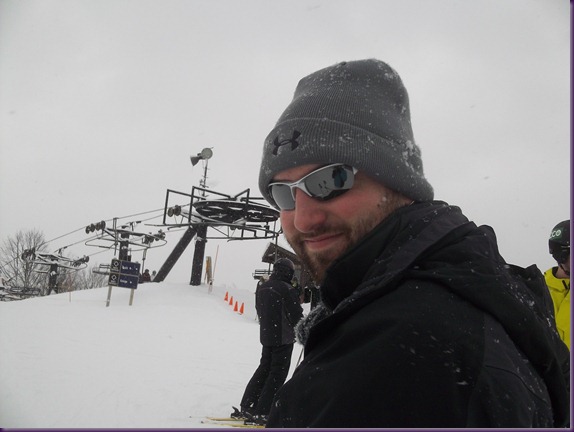 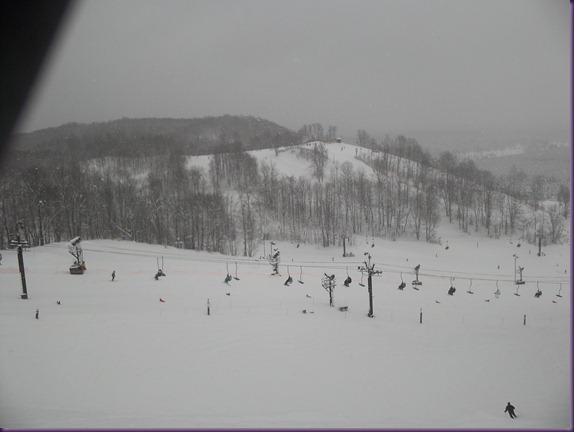 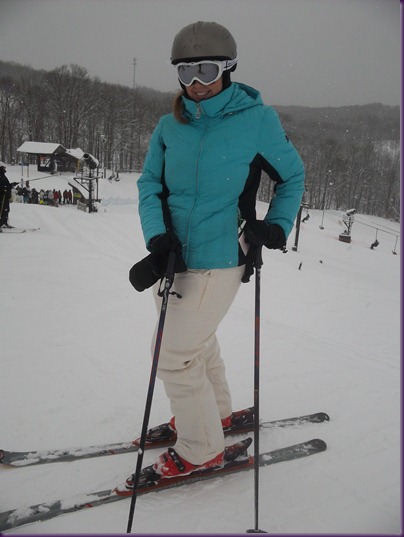 We also took advantage of one of the less crowded lifts in the back to get a few shots. 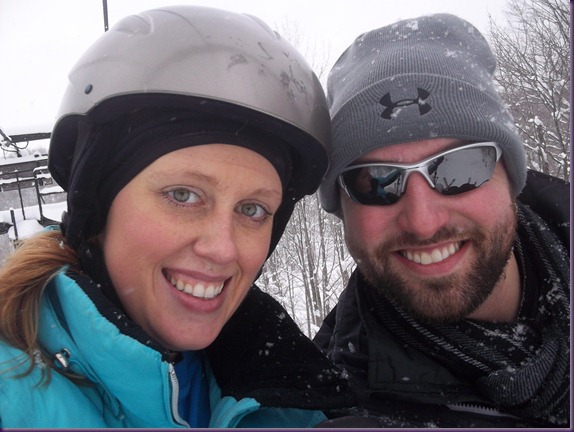 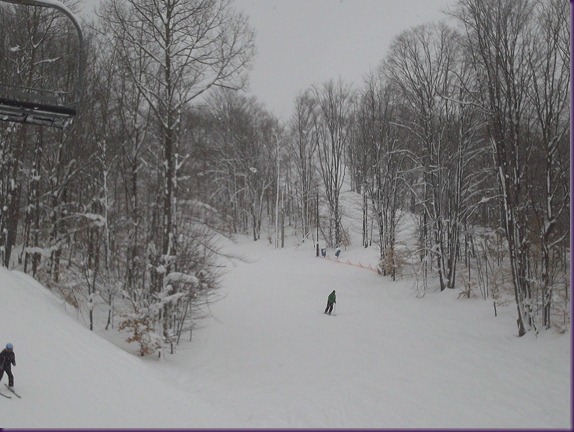 The hill in the picture above was one our favorites. It was steep enough to get some good speed, and it also had a couple of little jumps off to the side towards the bottom that I could go off. I’m pretty sure I didn’t get any air whatsoever, but they were still fun 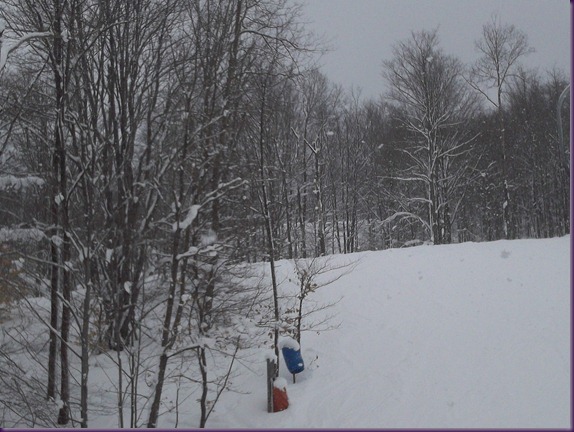 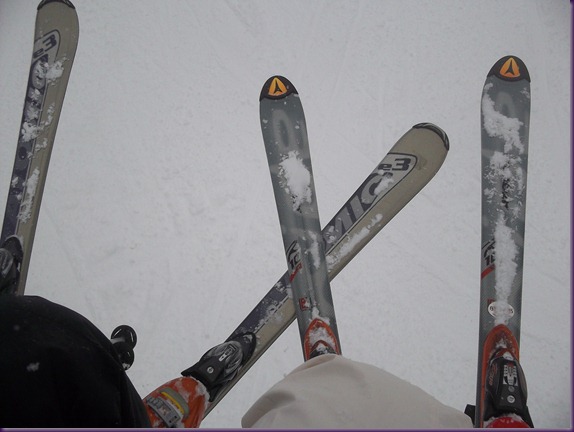 We had eaten breakfast fairly early that morning, so by time 12:30 rolled around we were starving and more than ready to head into the lodge for some food. Neither one of us were in the mood for typical lodge food, so when Eric suggested eating at one of the sit-down restaurants at the resort I was more than game. We ended up going to The wild Tomato, which was downstairs below the main lodge cafeteria. 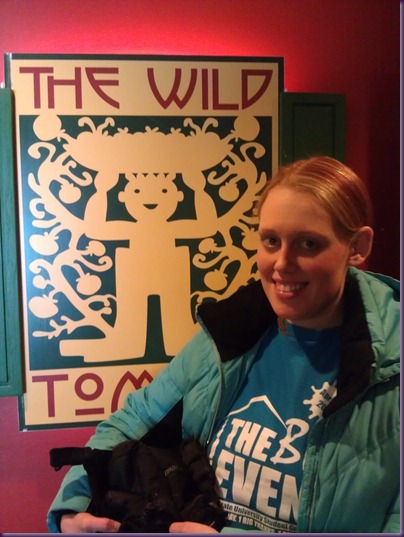 The restaurant offered a full lunch menu as well as a breakfast buffet, which was still available when we arrived. However, after glancing over the menu I was sold when I saw the Italian Ciabatta Panini. 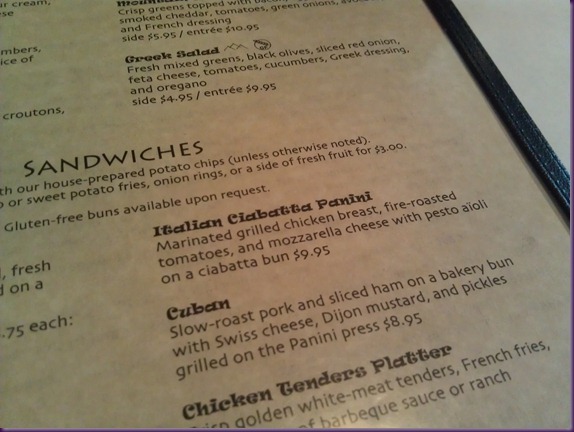 Holy moly – it was delicious! 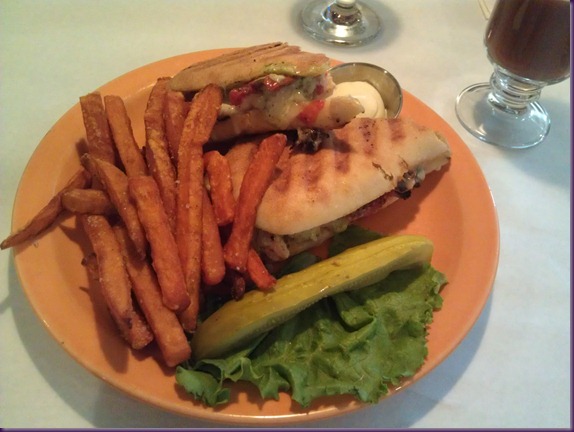 The sandwich was so flavorful – I was very impressed. I loved the roasted tomatoes! The sweet potato fries were excellent, too. 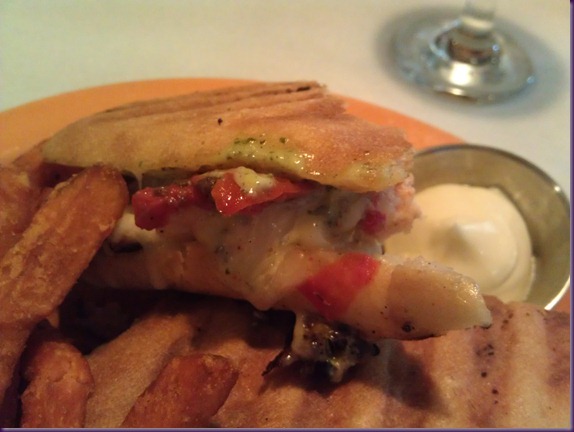 To go along with my meal, I had a peppermint patty to drink! 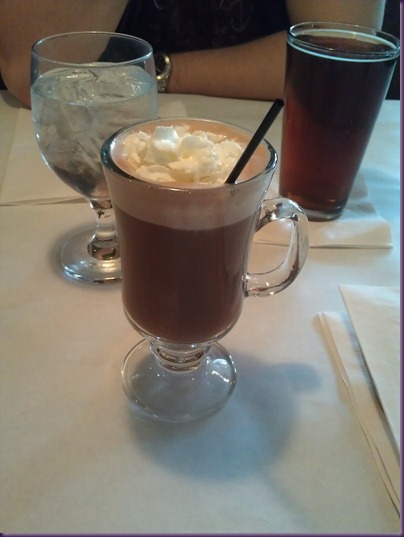 Such an awesome lunch! This was a million times better than the cafeteria food. I will definitely come back to The Wild Tomato next time I’m at Crystal.

When we headed back out on the slopes after lunch, I decided to move out of my comfort zone a little and attempt to do some moguls. Mogul skiing involves skiing through a bunch of “bumps” on the hill, and it is quite challenging. I am terrible at it, so I maneuver through the moguls at snail’s pace. However, it looks really cool to see advanced skiers and snowboarders make their way through the moguls. They just bounce around and make it look so easy!

Even though I was pretty self conscious and knew that I wasn’t any good, for some reason Eric asked if he could take a video of me skiing down the moguls. He wanted me to post it on the blog, and he kept saying “come on, your fans are watching!” I hate when he says that, because I don’t call my readers my “fans,” lol. I got so embarrassed but he wouldn’t shut off the darn camera so I finally just did it. Here’s the video in case you want to see what I consider “mogul skiing,” haha. The conversation between Eric and I at the beginning of the clip captures our relationship quite well 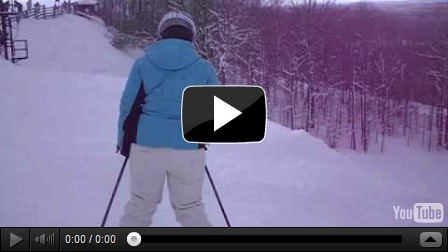 We spent another hour or so on the slopes after I was done playing around with the moguls before we decided to call it a day. We came home, changed and grabbed a bite to eat, and then headed back out to see a movie that we both have been looking forward to seeing. Oh my gosh, this movie was so scary! I won’t give away anything, but we both really liked the plot. It was different and original (something hard to find in scary movies these days) and the ending was totally unexpected. If you like scary movies I’d recommend seeing Mama – we both liked it a lot!

We were both pretty tired by the time the movie was over, but when we found out that one of our close friends from pharmacy school was in town we just couldn’t turn down an opportunity to see her. Our good friend Amanda and her boyfriend were in Traverse City for a little weekend getaway, so we met up with the two of them for a couple of drinks downtown. 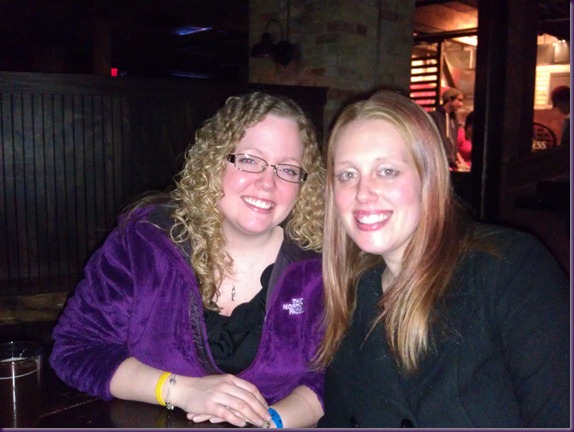 We went to two different bars before finally calling it a night. What a busy day – we were totally exhausted! It was so worth it though for such a great weekend.

Now that I’m nice and rejuvenated it’s time to get this week started on the right foot with a workout! Off to the gym I go

. Have a great day, everyone!