Hello! I’m back with my next post about the MPA conference I attended this past weekend. (Be sure to check out this post to see what we were up to on Friday!)

On Saturday, our day started bright and early because Eric had a CE (continuing education) presentation to give with three other residents at 7:30 am! Throughout the weekend, there are a bunch of live CE lectures given about various pharmacy topics that any of us can attend. Like most other health professionals, pharmacists are required to earn a certain number of CE credits every two years (with a percentage of those credits being live) in order to maintain their license. Since I just got licensed in July I don’t actually need any CE until next year, but obviously I was going to go to Eric’s presentation! 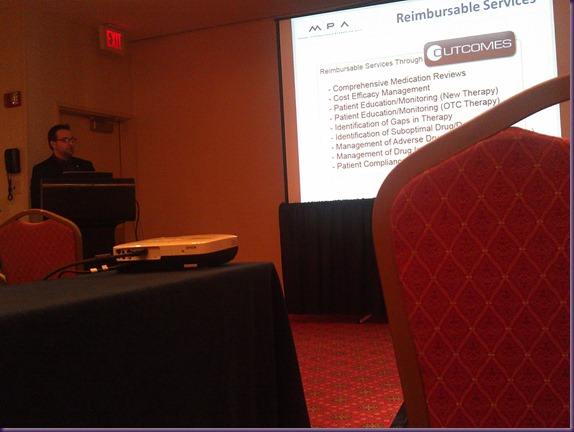 Yesterday a reader asked me to explain a little more about what Eric does in the pharmacy field. I’ve mentioned before that he is a pharmacy resident (and is also a pharmacist), but it’s pretty clear that he and I don’t exactly have the same job description. A pharmacy residency is basically an additional year of education, beyond what is required in school, that a pharmacist may complete. There are tons of different pharmacy residency programs all over the country – they are all ultra competitive – and they are often required for certain types of pharmacy positions, including clinical pharmacy jobs and academia.

Eric’s residency is through Ferris State University and one of the local independent pharmacies in Lansing, and while staffing like I do is a small part of his job, he spends most of his time working on residency projects and assisting the professors at the College of Pharmacy in Grand Rapids. He’s not exactly sure what he wants to do yet after his residency is over (it goes through the end of June) but I’ll be sure to keep you posted! 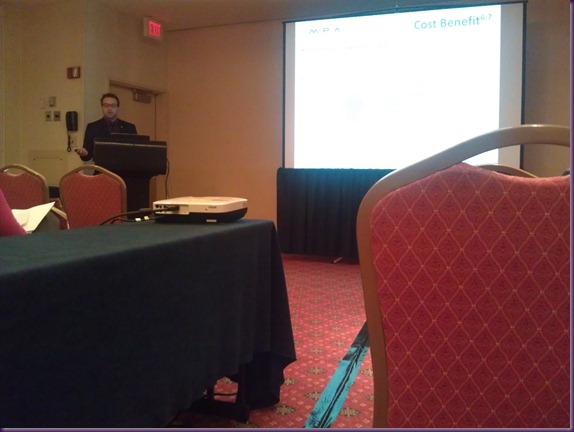 The presentation went great! Despite the fact that it was so early in the morning, there was a really good turn out and everyone seemed pretty engaged. There were tons of questions at the end, too. Once it was over, we went back to the hotel room for a much needed nap before heading back downstairs for an MSCP (Michigan Society of Community Pharmacists) luncheon. Lunch itself wasn’t too exciting – just a boxed lunch with turkey sandwiches – but we ended up having round table discussions about some current pharmacy topics that were pretty interesting. 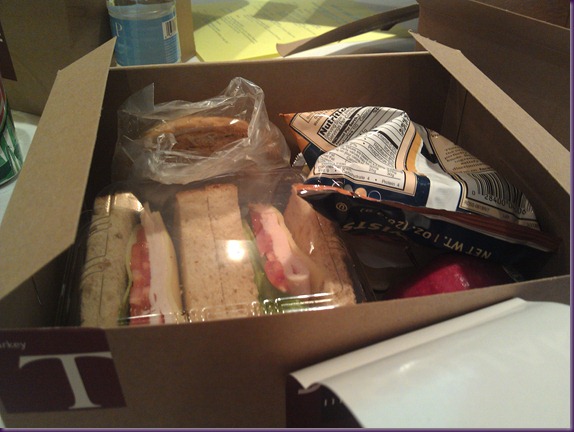 After lunch, we swung by the exhibit hall to check out all the vendors. Every year they have tons of vendors that set up tables at the exhibit hall and it’s fun to browse around and check them all out. They actually had a table set up for my pharmacy, and it was fun seeing my district manager at the convention. 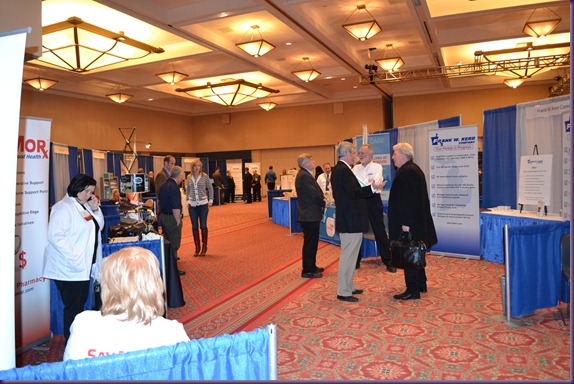 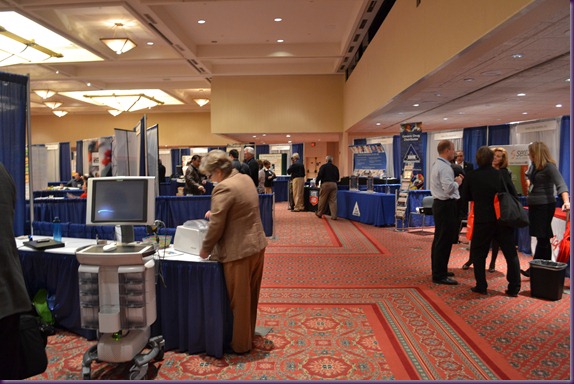 Since we go to the convention every year (this was year five), the exhibit hall wasn’t anything that we had never seen before so we actually didn’t spend too much time there. Instead, I decided to do a bit of exploring around the hotel. It’s such a neat place that I thought it would be fun to share some photos with you guys! 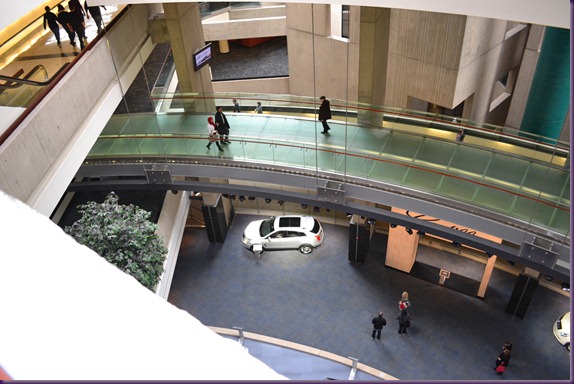 The annual MPA convention is held at the Detroit Marriott at the Renaissance Center. There’s tons of stuff to do and explore at the hotel – we usually don’t even leave the building for the entire weekend! 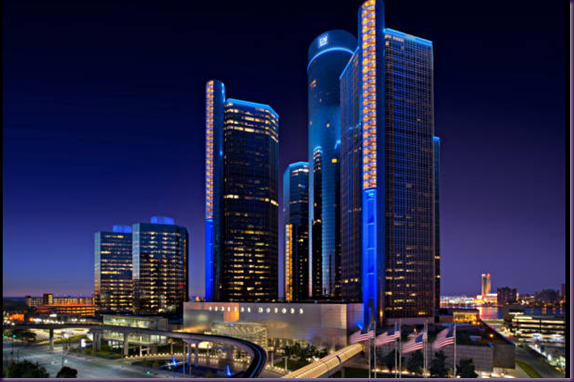 In addition to the typical restaurants and fitness center that you find at most hotels, this one also has a food court 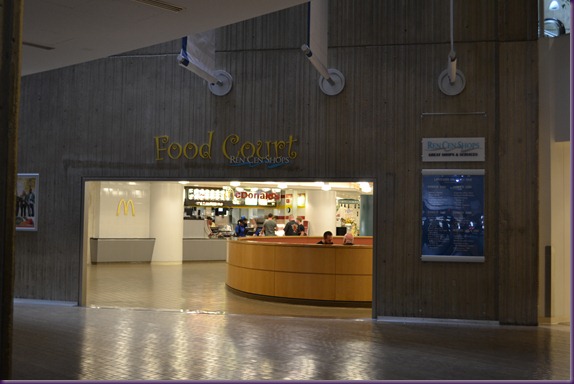 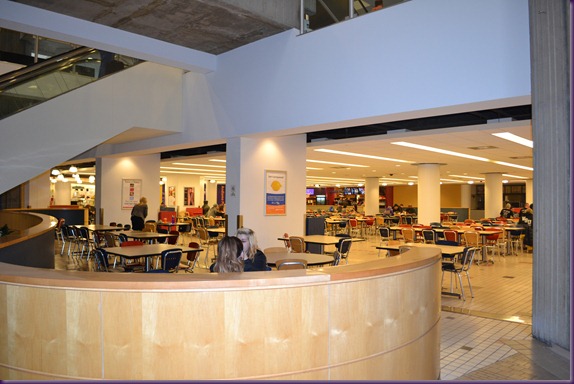 (McDonald’s, Subway, Burger King, Zoup, Coney Island, Pizza, and Mexican are some of the choices) 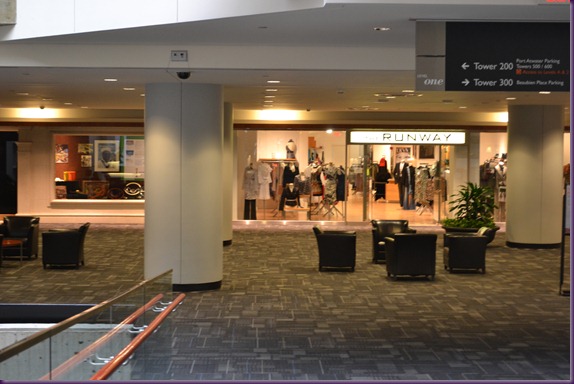 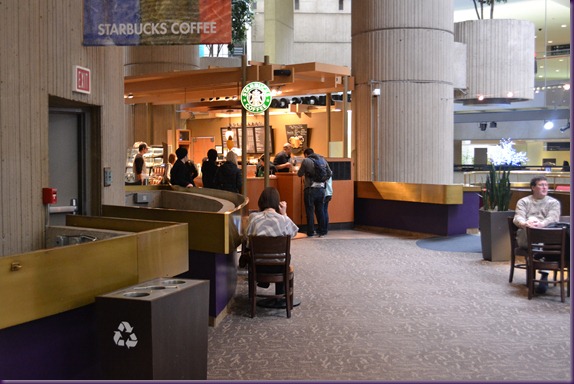 Since Detroit is known as “Motor City,” there’s also a big GM display of cars on the bottom floor of the hotel near the food court. 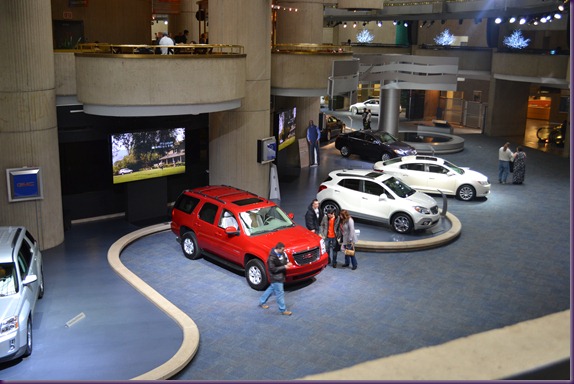 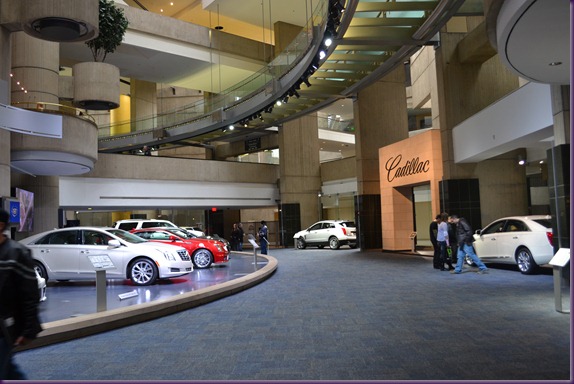 With all the years that we’ve been coming to the conference, we’ve never really been interested in checking out the cars but when I saw that they had one of my *dream* cars I knew I had to get a picture. 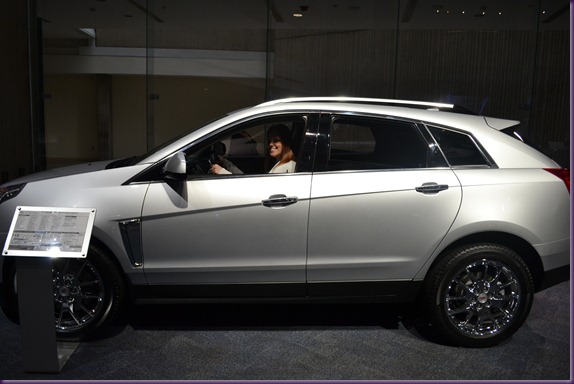 That would be a Cadillac SRX. A lot of my friends make fun of me and say that Cadillacs are “old people” cars, but I don’t care – I still love them.

Here’s one of Eric’s dream cars: 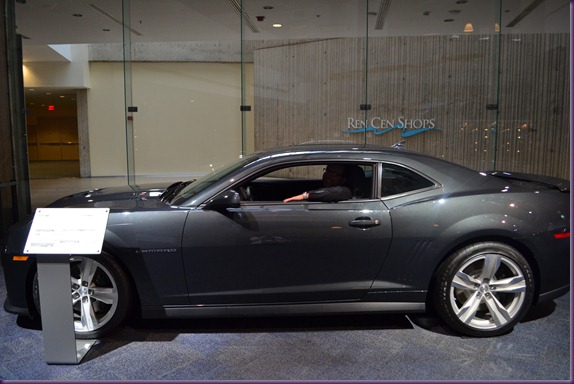 He’s all about the Camaro! It’s a nice car, but really not practical if you’re going to live anywhere with snow.

That pretty much wraps up my “tour” of the Detroit Marriott, but I’ll back tomorrow with some pictures from the banquet on Saturday night!