Long Runs and Dinner at Poppycock’s

I had the most awesome run on Tuesday. 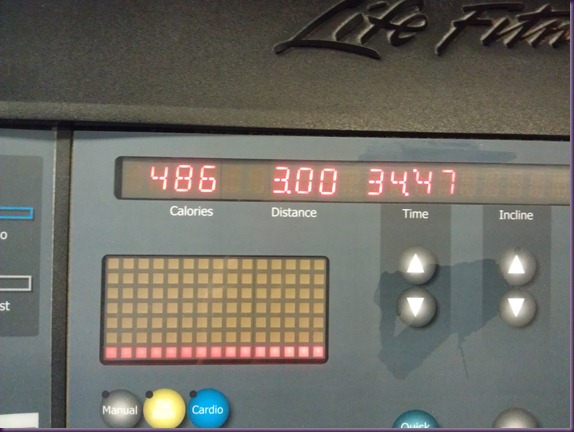 Yes, I know it’s slow but I don’t care. It’s great for me! Best of all, I ran the entire three miles without stopping once, which is a big accomplishment. Even when I was smaller I still usually took at least a couple breaks when I ran more than two miles.

Lately, I’ve been running at least once a week – my “long” run. I started at the beginning of January with two miles and I’ve been increasing it 0.25 miles every week. I’ve stuck with it every week so far except the second week (fail). I know it’s not much, but it’s been working well for me. It gives me confidence every week when I go to do my run and I know I just have to run a little bit farther than the week before. Since it’s so cold outside and I’m a wuss, all of my runs have been on the treadmill. Here are the stats of my weekly runs so far:

Usually I’ll start with the treadmill at 5.3 and I’ll keep it there for about 20 minutes, and then I’ll drop it down a little for the rest of the run. Every run I try to keep it at 5.3 for a little longer than the last run, and eventually I’d like to be able complete the whole run at that pace. Running is so, so hard for me but I love the endorphin high I get when I’m done!

In other news, last night I met up with my mom for dinner at a new-to-us restaurant in downtown Traverse City, Poppycock's! 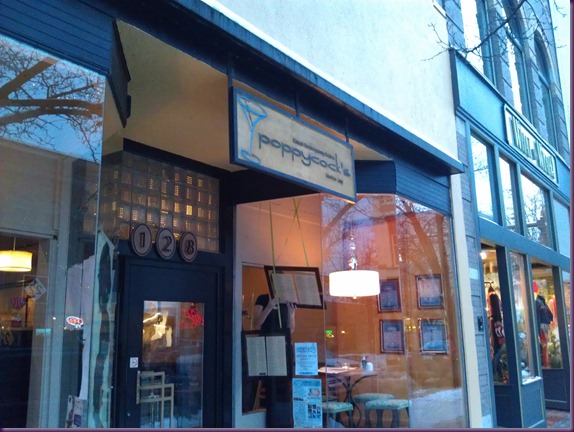 I’ve been dying to try this place for a while and my mom doesn’t get down town very often (and she shares my love of good food), so we thought this would be the perfect place. I had no plans of ordering a drink, but when you sit down and the beverage menu is four pages long (while the dinner menu is only two…) you pretty much have no choice. 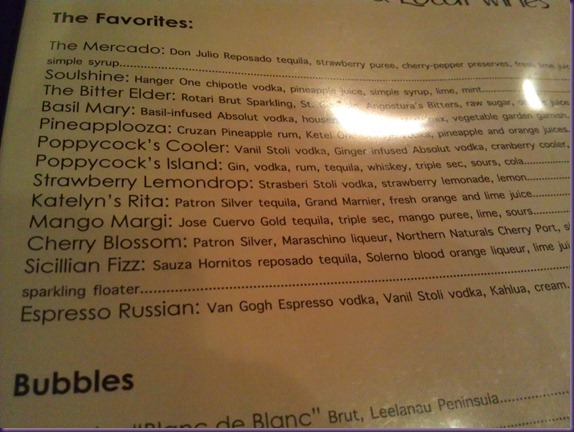 Since mango margaritas are my favorite drink, I decided to try the Mango Margi. It was alright, but not my favorite. A little to strong for me, actually! 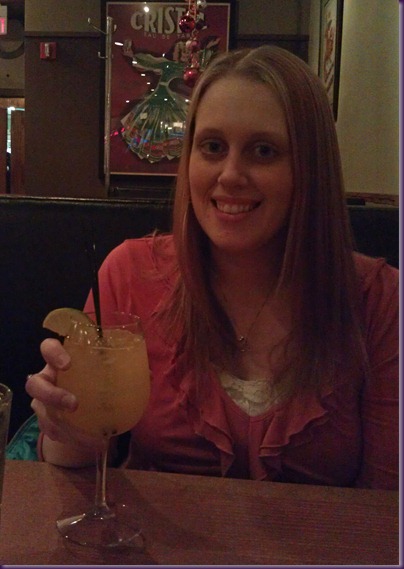 I apologize for the poor quality of the photos you are about to see, but our food was amazing and I just had to take some pictures. I didn’t have my good camera with me so I had to make due with my phone. The dim lighting and phone camera don’t exactly produce the best photos!

Anyway, for an appetizer we were sold on the Poppycock’s Pita Chips. 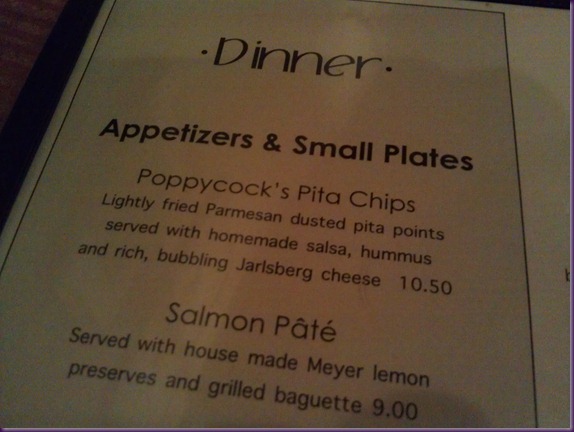 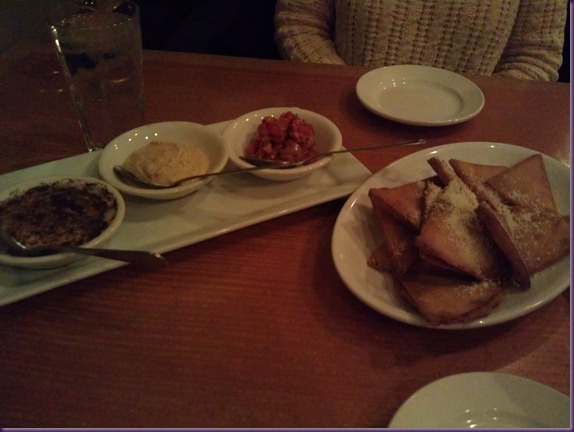 The Jarlsberg cheese stole the show. It was so creamy and delicious and my mom and I could not stop raving about it. 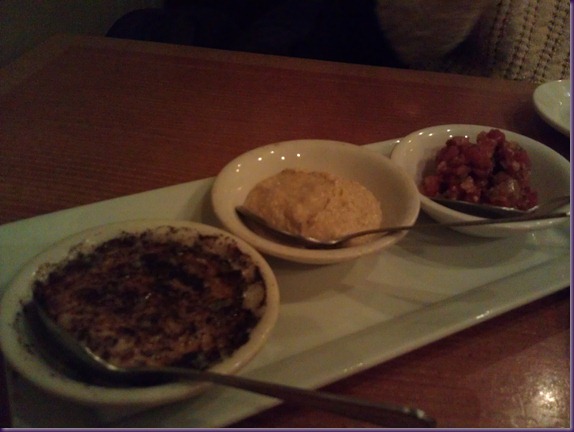 I was a big fan of the hummus, too.

I loved how the Poppycock’s menu featured a large variety of entrees, and I was very impressed with their vegetarian menu. I eat meat, but I don’t need it at every meal and I’m a big fan of tons of meatless dishes. A lot of my favorite meals are meat-free, and last night I was just drawn to the vegetarian options. 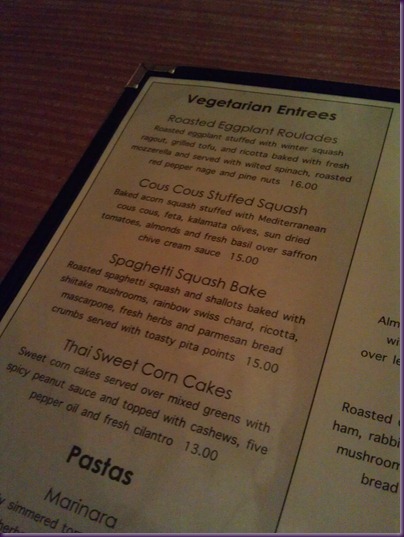 I eventually decided on the Cous Cous Stuffed Squash, which was fantastic! 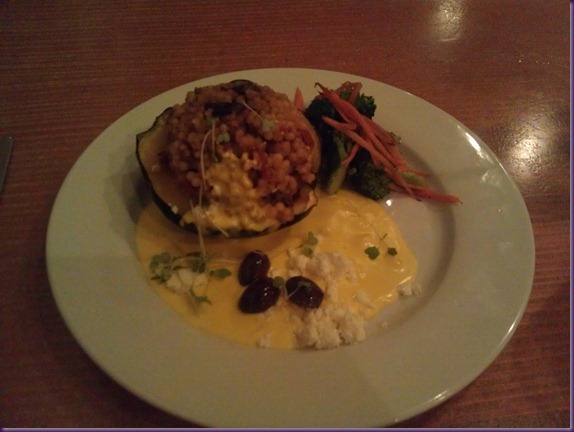 Such a pretty presentation, and the perfect portion size, too. 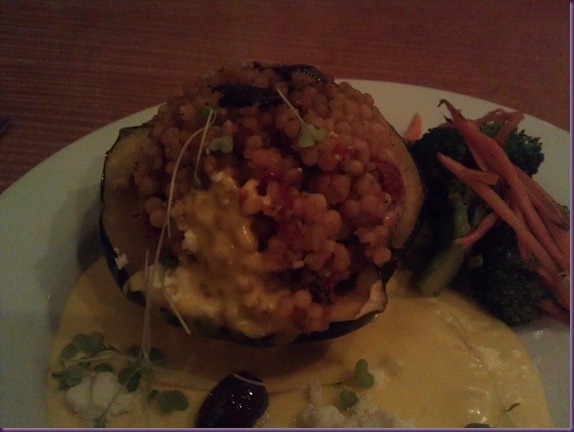 My mom’s Butternut Squash Ravioli was a hit as well. 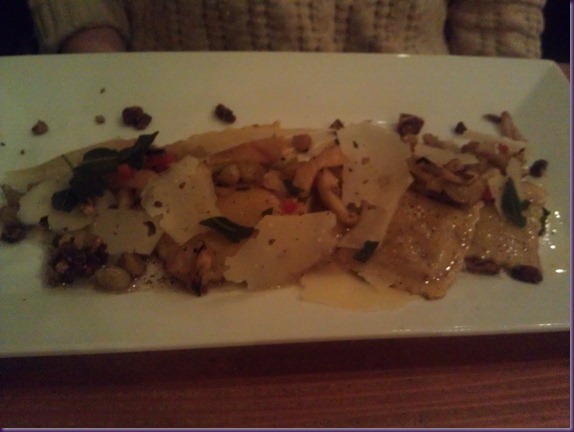 We inhaled our meals and since the portions were not monstrous, we actually weren’t completely stuffed to the brim when we were done. When the waitress asked if we wanted to see a dessert menu, she could hardly finish her sentence before my mom exclaimed, “yes!” Haha. I’ll admit, I didn’t exactly fight her on it. They had an amazing dessert display when you first walk in the restaurant and we both had it on our mind the whole night.

It was tough to choose, but we decided to share the Chocolate Overload, which was a flourless chocolate cake topped with a chocolate mouse layer and then covered in a chocolate ganache. Such a great meal and a fun time with my mom. She’s been dying to get out all week since my dad is out of town right now and last night we were both finally able to meet up. After all, we had lots to catch up on (read: The Bachelor)