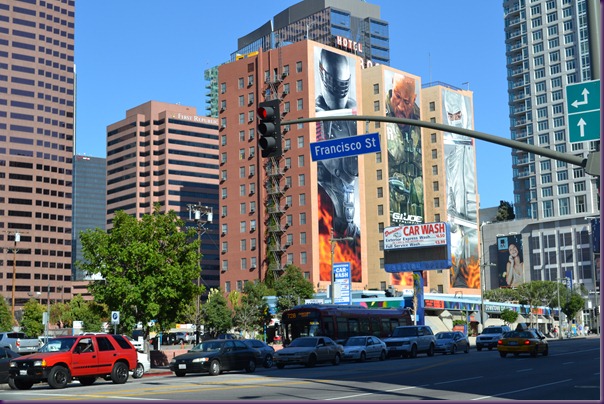 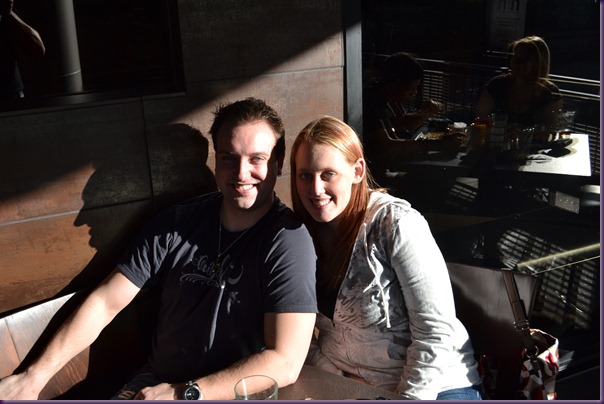 After a bit of a mishap yesterday morning (we found out last minute that our flight was leaving two hours earlier than we had planned…therefore it was a little chaotic making the 90 minute drive to the Detroit Airport from Lansing), we landed safe and sound at about 2:00 and have been having a blast ever since! We are staying at the JW Marriott in downtown LA, which is just a couple of blocks down the road from the Los Angeles Convention Center where the majority of the pharmacy conference is taking place. 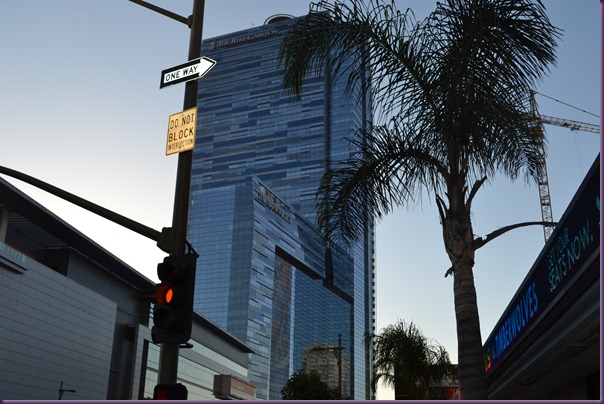 The hotel is really cool; check out the lobby! 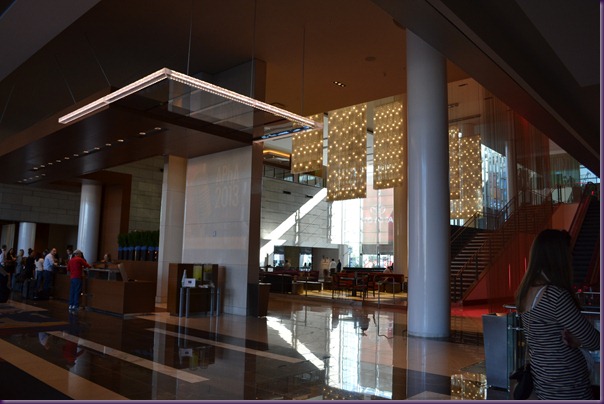 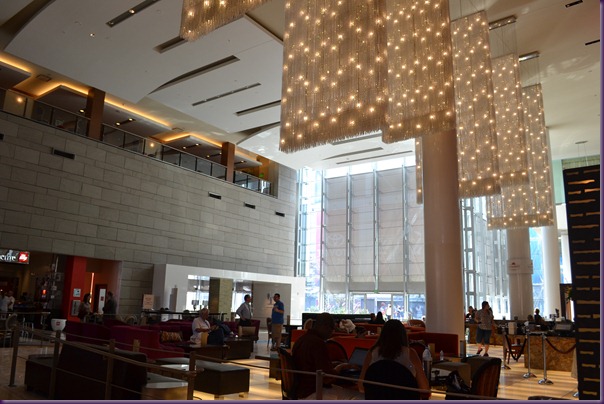 There’s palm trees and outdoor seating right at the entrance. How awesome is that?! 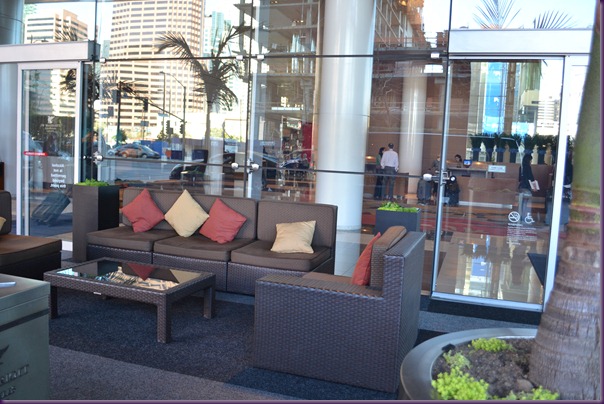 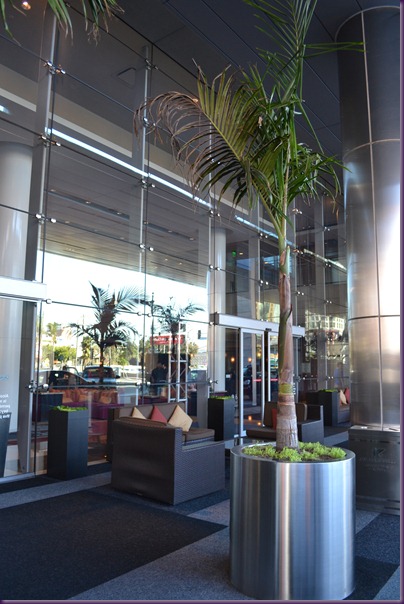 The rooms are really nice, too. Very clean and modern looking. 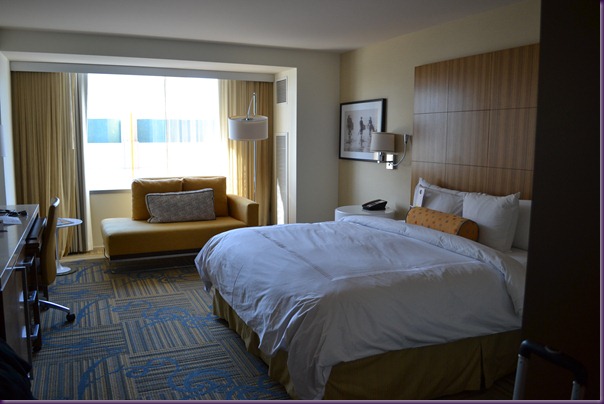 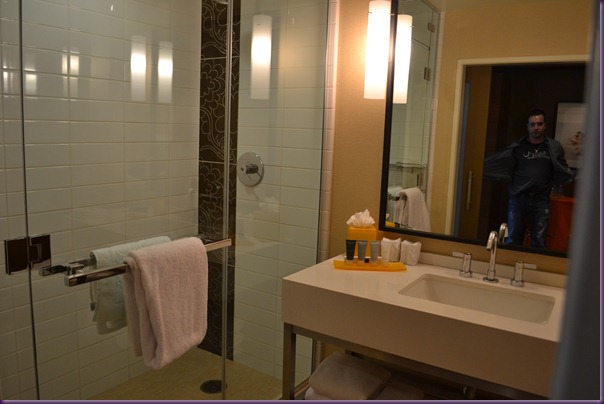 There’s also a 24 hour fitness center and a rooftop pool and bar. I’ll be sure to post pictures of those later!

After checking in to the hotel yesterday and getting situated, the first thing on our minds was FOOD! We were both starving. We looked through a brochure in our room to find the local dining options and quickly agreed on a place called Yard House. 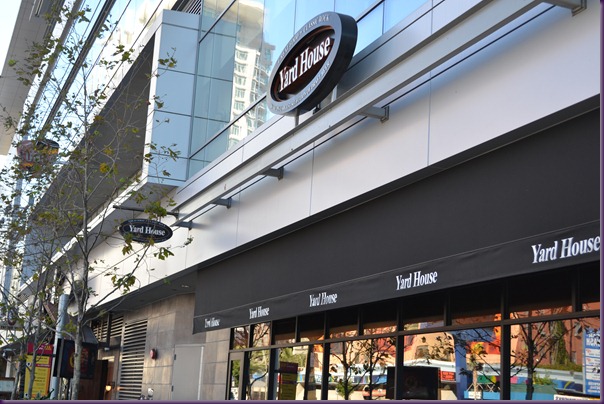 It came highly recommended by one of the hotel employees we ran into on the elevator. Not only is it right next door to the JW, but Yard House has over 100 beers on tap. Sounds like our kind of place! 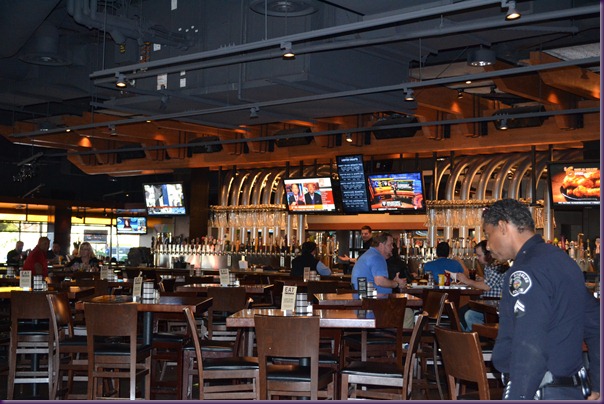 We were seated outside and immediately placed an order for two beers (Wyder’s Pear Cider for me, a house wheat beer for Eric) as well as a snack sized plate of truffle fries. 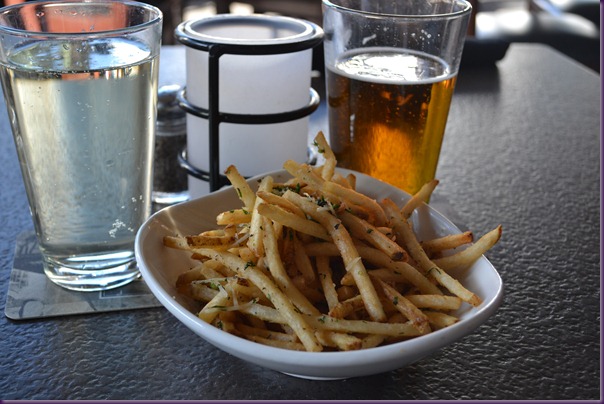 I LOVED my cider. One of the best I’ve ever had! 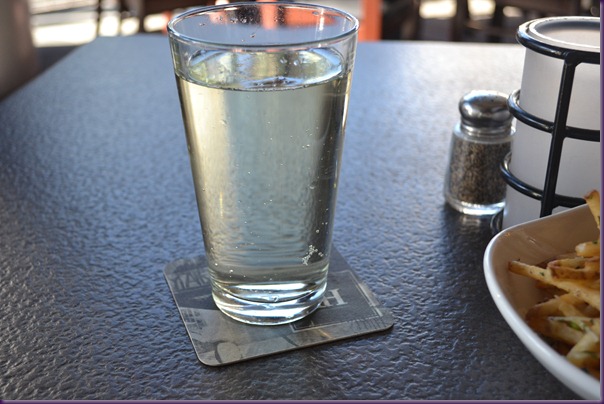 I ordered a soup/half sandwich combo for my meal with the French onion soup and the roasted turkey sandwich. The sandwich had pickled jalapenos on it, which I was a little nervous about at first. I’m glad I tried it though because it was delicious! I loved the spicy kick the jalapenos added to the sandwich. 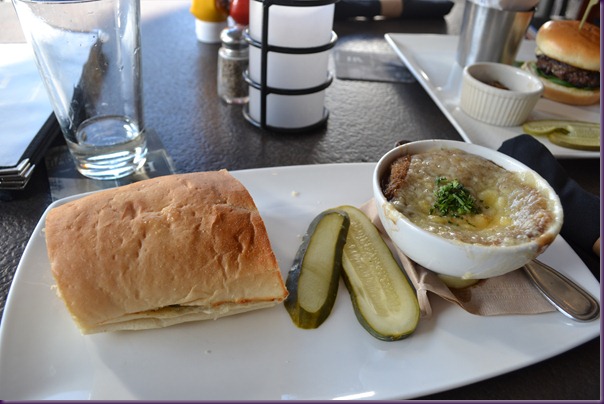 Eric ordered a gorgonzola burger. He raved about it! 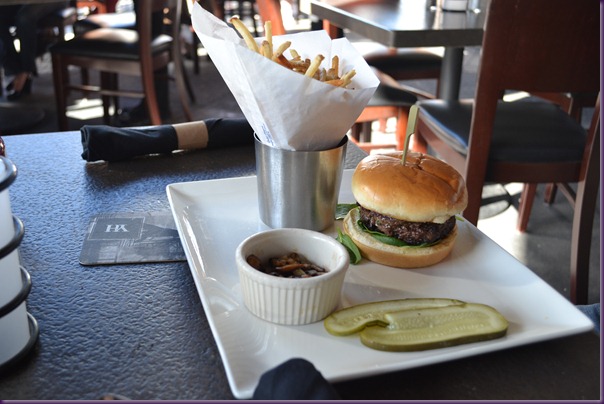 We happened to sit down during happy hour, so all beers with half off. Score! We each ordered two more (hey, we’re on vacation!) before walking around downtown for a bit and planning out the rest of our weekend. We’ve got a great mix of pharmacy related events as well as relaxation planned, so it should be a good time. I don’t want to be tied down to my laptop for most of the weekend, so I’ll catch up with you guys when I get back. See ya later!