Oh my gosh, I went to the best concert last night!

Every summer, my family always picks one concert for the four of us to attend together at the Interlochen Arts Academy. They usually have twenty to thirty shows lined up so there’s always a lot to choose from. Two summers ago, we went to the Beach Boys concert and last summer it was Montgomery Gentry. This summer, my mom, sister, and I were all stoked because we had gotten tickets to see Josh Groban!

Before heading to Interlochen, we stopped at Boone's to grab some dinner and drinks. 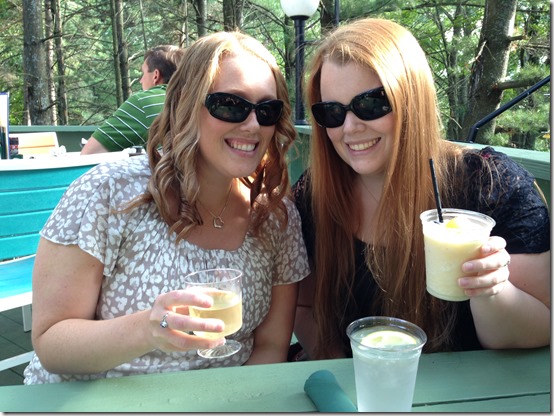 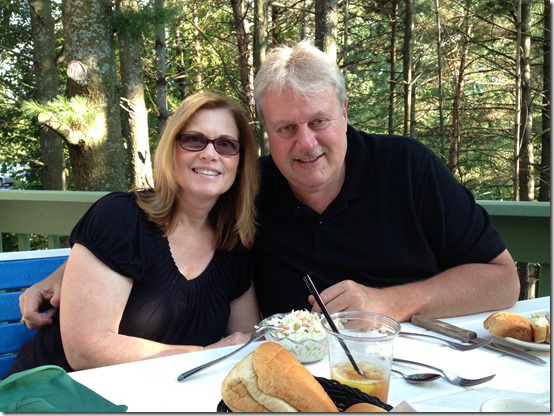 We shared some fried zucchini as an appetizer, along with salads and fresh bread. 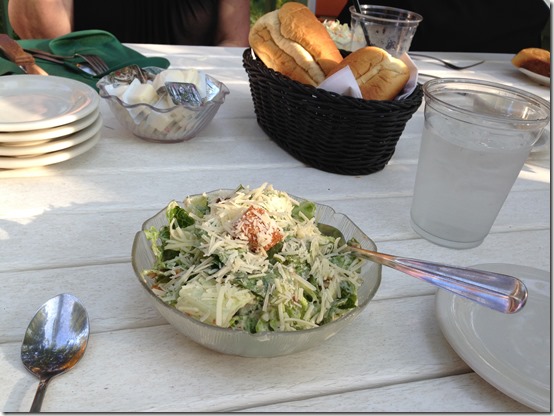 I love sitting on the deck at Boone’s. You have a great view of the surrounding trees and it’s so pretty when it’s nice out. 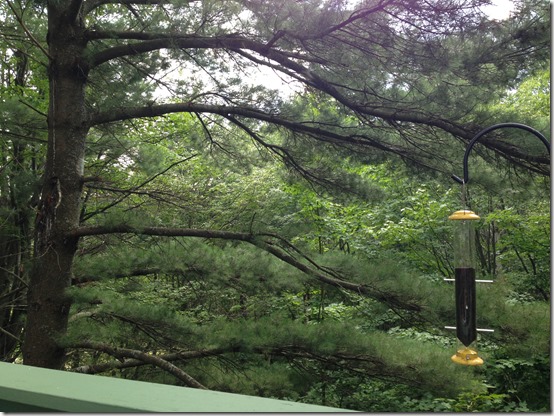 Unfortunately, the nice weather didn’t last long and before we knew it, everyone around us began talking about the storm clouds that were quickly rolling in. They were huge and seemed to have come out of nowhere. 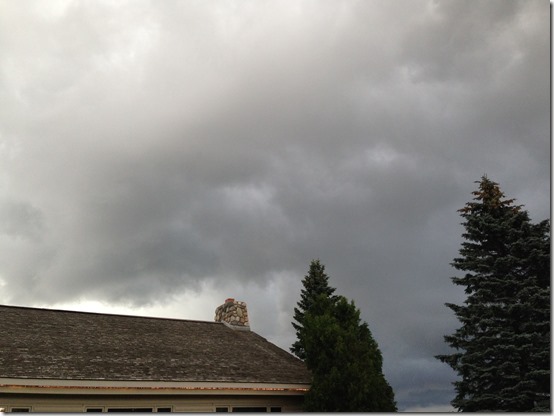 We got our food shortly before the rain started and rushed to eat it before the downpour. I ordered the whitefish and it was delicious, but I could only manage to eat about half of it after all the appetizers we had eaten. 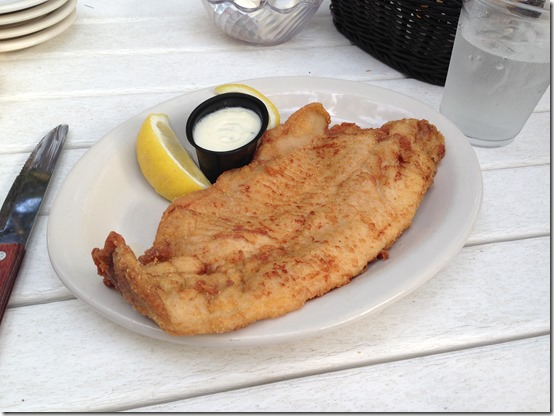 We got our bill quickly and headed out to the car. It’s a good thing we did because as soon as we shut our doors, it started to pour!

By the time we got to the concert location, the rain had slowed down to a drizzle but we still grabbed an umbrella because I was not about to let it ruin my hair. I’m not usually that high maintenance, but it literally takes me almost thirty minutes to curl it so I won’t let it go frizzy without a fight

. We only had one umbrella, so my mom and I had fun fighting over it on the long walk to the auditorium. We tried to share, but ultimately ended up taking turns hogging it. My dad and sister got a kick out of watching us.

We made it to the auditorium just before Josh came on stage. The place was packed! 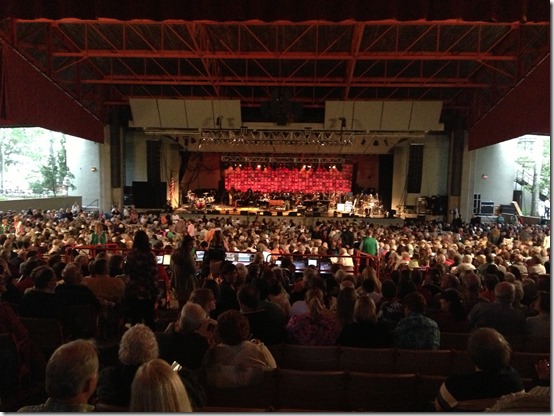 He performed with the Traverse Symphony Orchestra, which was so cool! It made me miss playing my clarinet, which I played for seven years in junior high and high school. I’d definitely start playing again if it meant I could be on stage with people like Josh Groban! Haha 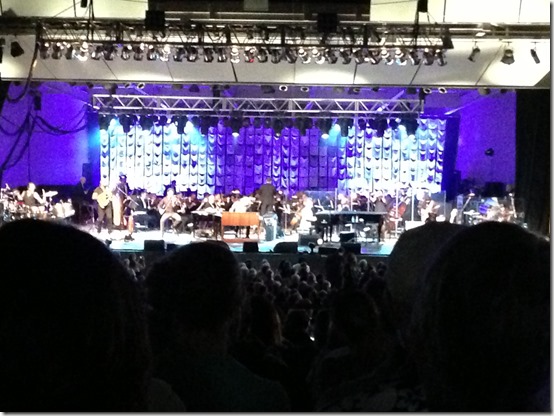 (we were sitting pretty far back, so it was hard to get good pictures)

I’ll admit, I was looking forward to the concert but I’ve never been a crazy obsessive Josh Groban fan. I only know a couple songs – it’s mainly my mom and sister that had been counting down the days until the concert. However, by the end of the show I was singing a different tune because I am a huge fan now! Not only is Josh an amazing singer, drummer, and Lord only knows what else, but he is so funny! He had the audience laughing hysterically the whole night. What a fantastic entertainer!

When the second encore came on, my sister and I noticed people getting out of their chairs and moving closer to the stage, so we immediately joined them and ran down the aisle to get as close as we could. 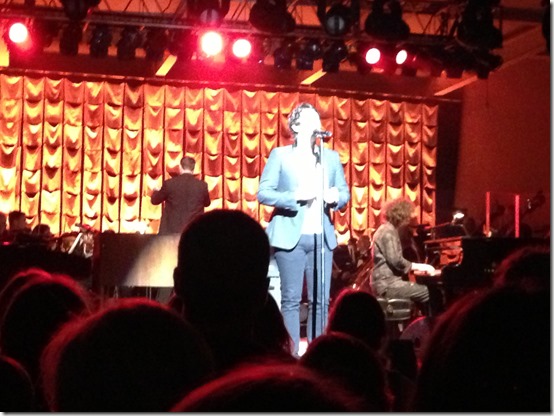 I was really wishing I had my good camera at that moment. I could have gotten some awesome shots of him! 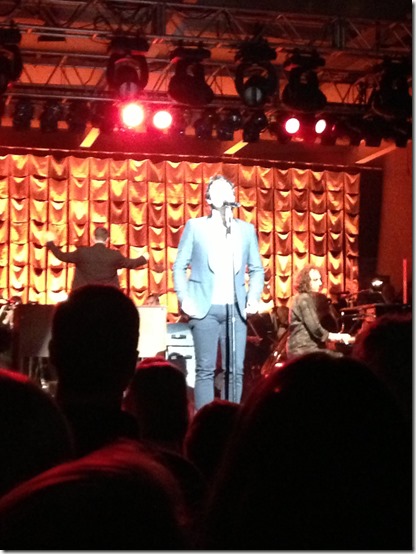 I can honestly say I was sad when the concert was over. What a great show!

Have a good Tuesday everyone! I’ll be back tomorrow to share some eats from the week as well as the leg workout I did this morning. It was a good one!