Looking Back on the Week

Today will be day five of “getting back on track,” and I must say that this week has gone well. I’ve gone about things with a different approach this week than I have with previous weight loss attempts, with the main difference being on my diet. Instead of focusing on eating less and on what I CAN’T eat, I’ve been thinking more about exactly WHAT I am putting in my mouth and focusing on eating more nutritious foods. I haven’t been counting calories or tracking my food, but instead I’ve been eating when I’m hungry and have been trying to make healthy choices. I already shared a lunch photo from Monday, but here are a couple others from the week: 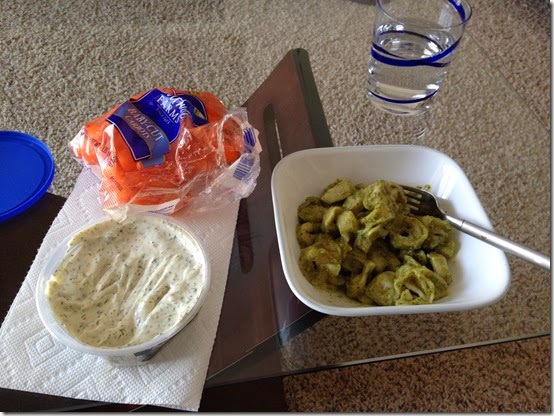 This was eaten at home before going to work on Tuesday (I worked the closing shift). It was an Amy’s Pesto Tortellini bowl with carrots and Greek Yogurt veggie dip on the side. I also had a pear (forgot how much I love those!). It’s nothing fancy, but I haven’t been doing much cooking lately and I love Amy’s frozen meals.

This was my packed lunch from Wednesday: 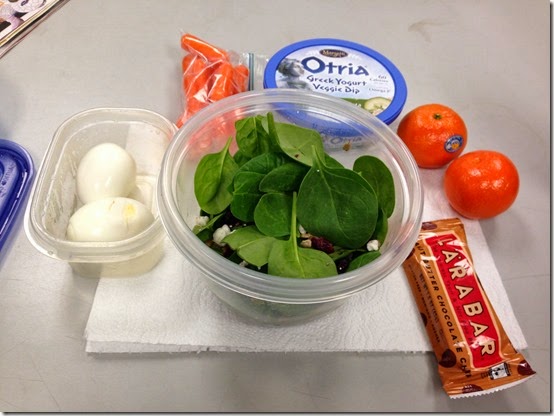 Spinach salad (with the normal toppings – goat cheese, dried cranberries, and sunflower seeds), two hardboiled eggs, a Larabar, carrots and dip, and two clementines. I can’t tell you how much better I feel after actually eating fruits and vegetables this week. My food choices have seriously been SO BAD lately – it’s like my body needed a detox or something.

I purchased these Bolthouse Farms juices when I was grocery shopping on Sunday to mix things up and dab my toes into the whole juice trend that’s going on right now. 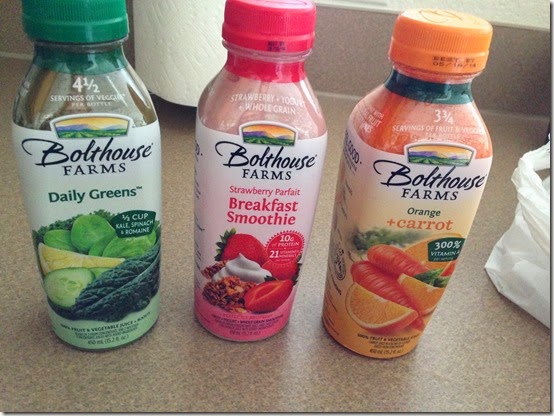 I know it’s not the same as homemade juice and there’s a lot of sugar in the drinks, but there’s also a lot of nutrients in them. I drank the smoothie for breakfast on Monday and Thursday this week when I worked the early shift. I have to be at work at 7 am when I open, so it was really convenient to just grab this smoothie and take it to work with me. (Bonus – I got to sleep in an extra 20 minutes because I didn’t have to make and eat breakfast at home.) I ended up drinking half of it on each day (a serving size is only half the bottle and has 190 calories) and eating two hard boiled eggs as well for some extra protein. I haven’t tried the Orange and Carrot juice yet, but I did try the Daily Greens one yesterday afternoon. 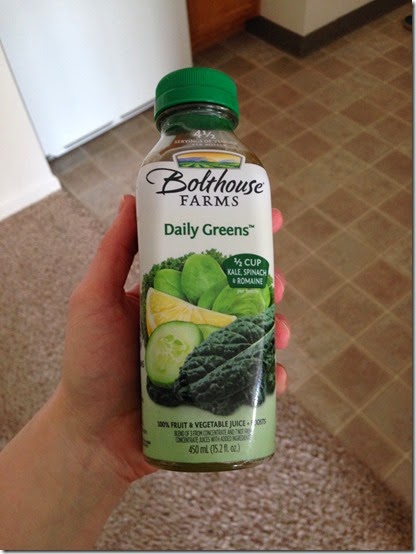 The intention was to enjoy it as an alternative to coffee for an afternoon pick-me-up, but I have to be honest – there wasn’t that much enjoyment going on. It pretty much tasted like liquid Romaine lettuce, but I still choked down half the bottle because it was a lot easier than eating a bunch of kale, spinach, Romaine, cucumber, bell pepper, and everything else that was in that drink. I don’t think that any 100% pure vegetable juice is going to taste good, but this one was definitely tolerable. I actually do plan on buying it again, simply because of how many vegetable servings are crammed in that little bottle.

I don’t really have any other food pictures to share from this week, other these bean tacos that I made for dinner last night. 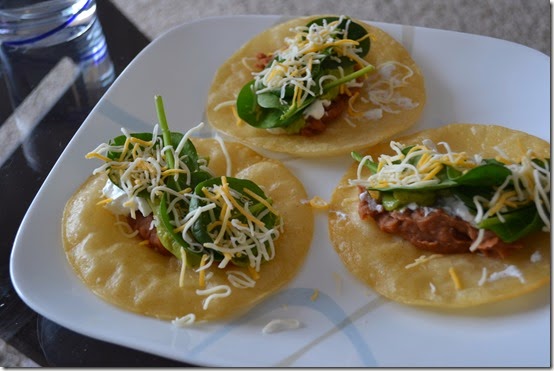 These tacos have sort of become a weekly staple in my house. I will admit – I do fry the corn tortillas. However, I wipe off as much of the excess oil as I can and since the corn tortillas are so low in calories, I don’t feel that guilty about it. I usually make three at a time for meal and fill them with refried beans, guacamole, a little sour cream, spinach, and some shredded cheese. 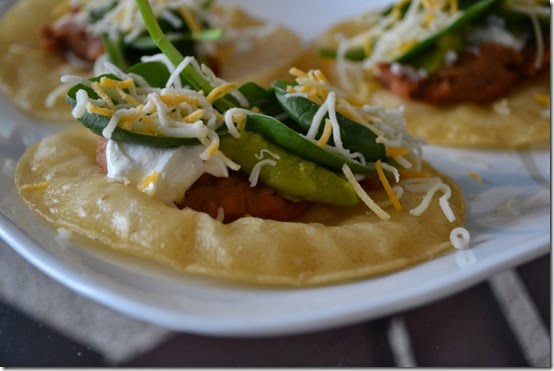 Okay, so on Monday I shared some goals for the week and I wanted to quickly look back on those and talk about how I’m doing.

I’m off to make some breakfast and then it’s time to head into work for the day. TGIF!